Spike Lee almost missed the Oscars moment he waited a lifetime to have. On Sunday night, at the 91st annual Academy Awards in Los Angeles, Lee reportedly left the ceremony early.

Apparently fuming from the fact that Green Book had just taken home the Best Picture award, Lee stormed out of the venue with no intention to return.

In context, if Lee in fact did leave the ceremony, he was well within reason. That whole scene likely conjured thoughts and feelings of his Oscars snub in 1990, when his masterful film Do The Right Thing was overlooked by the Academy who awarded the Best Picture Oscar to Driving Miss Daisy.

Then, in 1993, at the Dorothy Chandler Pavilion in Los Angeles, arguably Spike Lee and Denzel Washington’s greatest accomplishment, Malcolm X, wasn’t even nominated in the Best Picture category which was awarded to Al Pacino’s Scent of a Woman.

To this day, it’s still remembered as one of the biggest Academy blunders in its almost century-long history. 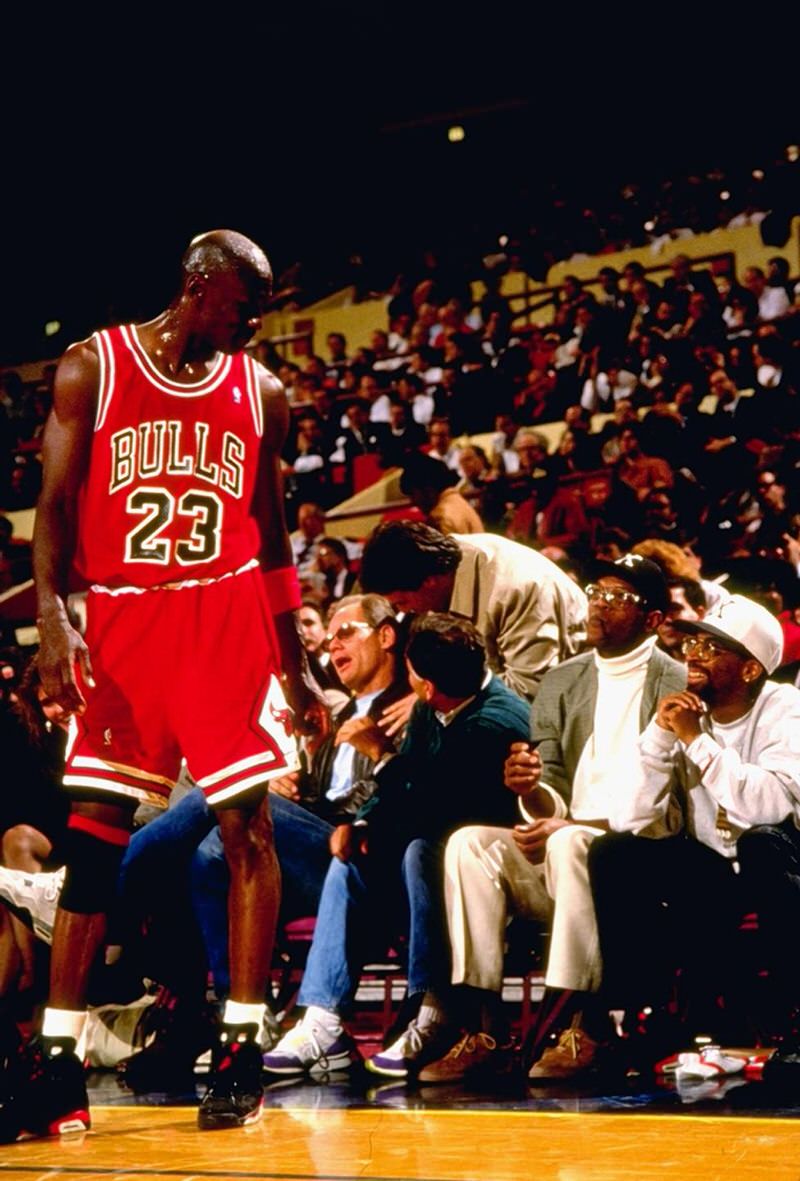 So why, you ask, would Spike Lee leave the Oscars mid-show because of one conviction or other? He has his reasons and no one is questioning whether they are justified. But Spike, with his wits seeming about him, returned to the show and took his seat alongside Hollywood’s elite. Although he wouldn’t be seated much longer.

Soon thereafter Lee was awarded his very first, non-honorary Oscar, for Best Adapted Screenplay for his latest joint, BlacKkKlansman. Lee leaped from his seat and into the wide grasp of Samuel L. Jackson, and then gave an impassioned and memorable speech that we’d later find out riled up President Trump, who later tweeted about the contents of Lee’s acceptance speech.

For those of us tied to Lee since his 1986 debut film, She’s Gotta Have It, which introduced the world’s first sneakerhead, Mars Blackmon, Lee’s long-awaited Oscar win arguably had more to do with the gold on his feet than the golden statue in his tightened clutch.

Spike, in typical fashion, and true to our beloved Mars, was wearing Jordans and gold four-finger rings. It was an absolutely perfect moment. 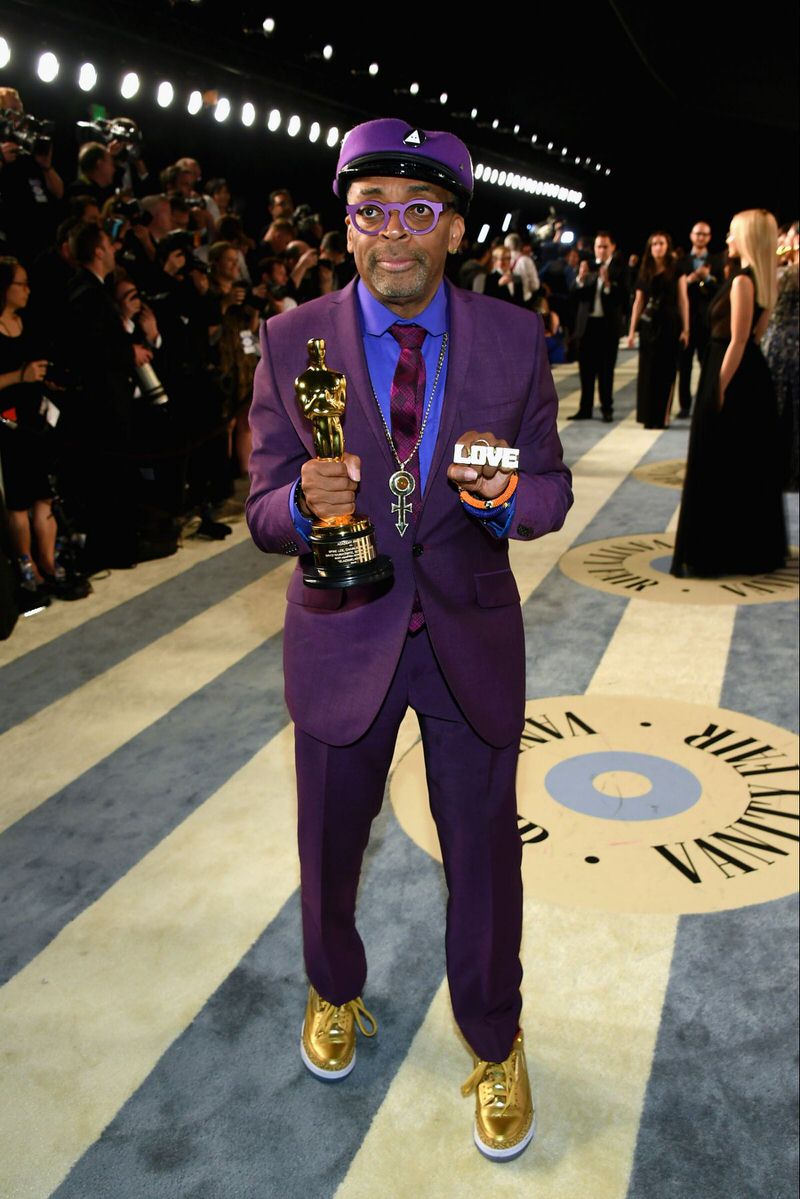 The shoe itself was a bit prophetic in its origins. A gleaming “Gold” Oscars edition of the Air Jordan 3 JTH, was as much a prediction as it was an exclusive for Spike. He flashed them proudly throughout the night, prior to the show on the red carpet and during the show near the front of the stage where he sat — almost the entire night — with his wife.

Lee wearing Jordans that night meant many things. Above all, though, they meant that whether or not he won, he would leave that night the same man he’s always been. 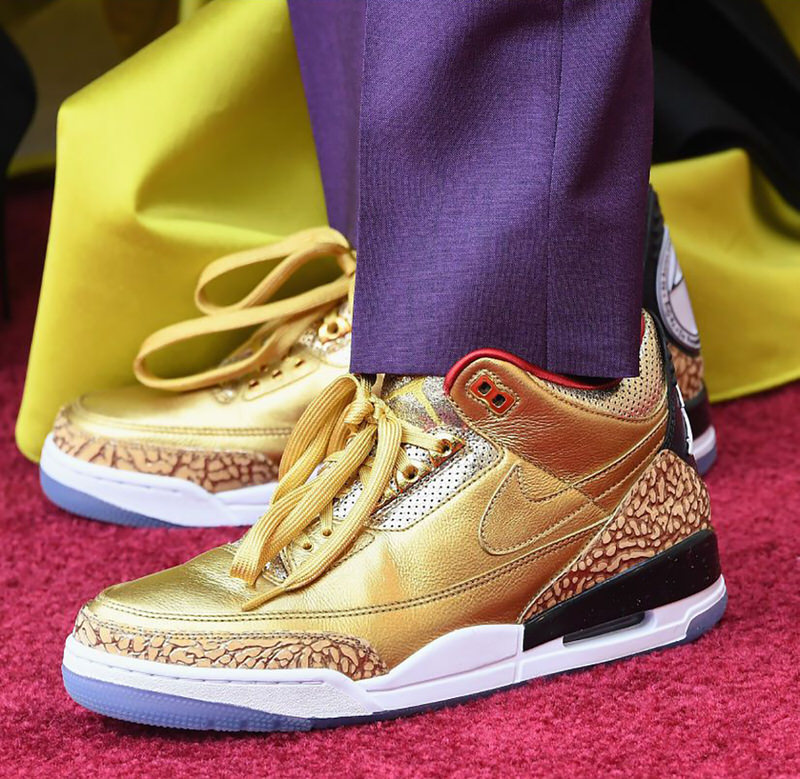 You see, Lee, in many ways, is the epitome of perseverance. He lost at the famed Cannes Film Festival back in 1990 when the coveted Palme d’Or went to David Lynch’s Wild at Heart in lieu of Spike’s deserving Do The Right Thing.

He suffered the aforementioned Oscar snubs in both public and private spaces. In fact, he’s suffered criticism other directors of his caliber never have. 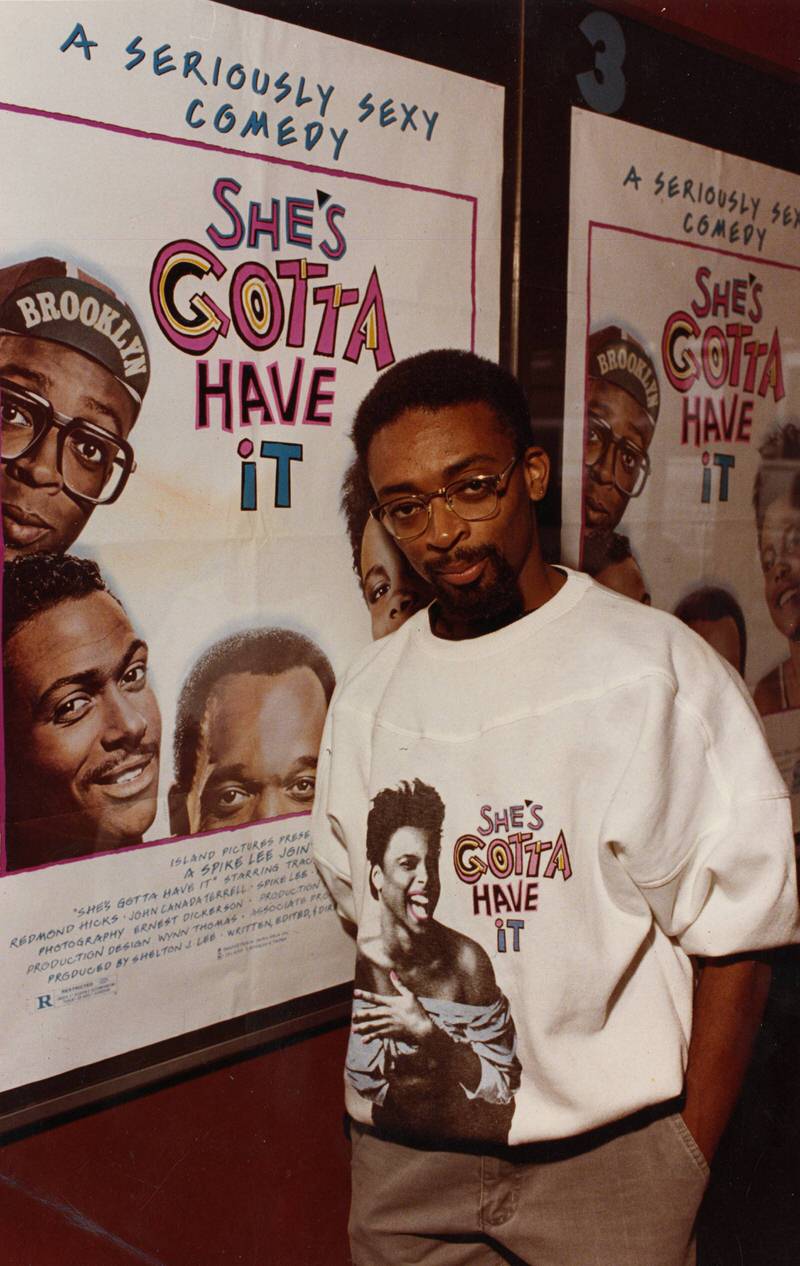 Digging deeper into Spike’s legacy, that criticism can easily be traced back to his playful jubilance seen in characters like Mars. Playing Blackmon inherently made many see Lee as something less than. Which, in parallel, is how many people still view sneakerheads to this day. Child-like, without form or conviction or, more pointedly, immature.

From that vantage, Spike is and always has been one of us. So his fight has also always been our fight. He took those very weighty lumps for us. So when he wears gold Jordans to one of the most prestigious award ceremonies in the world, he’s a representation of our culture; opening doors and confidently strutting through them as you and I would had we been invited. 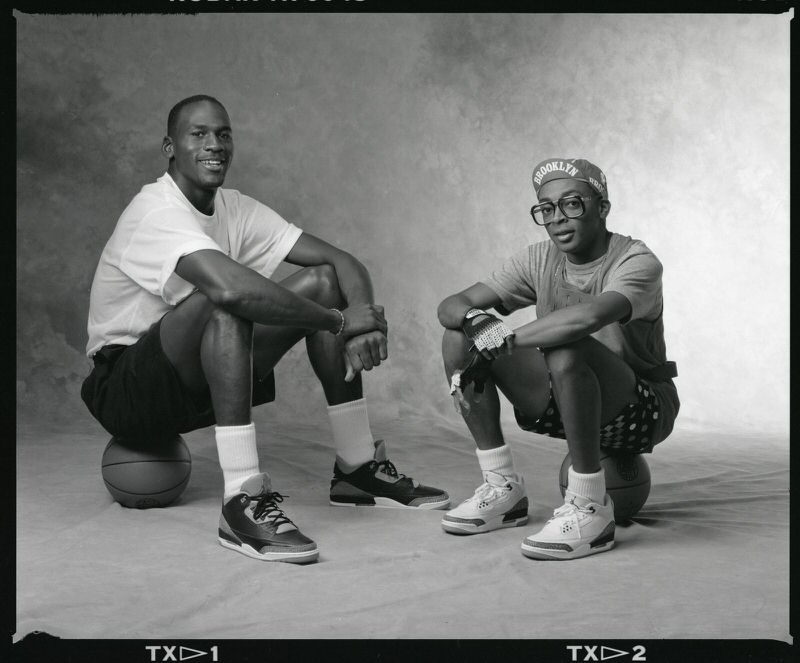 Spike didn’t just put sneaker culture on the map in the late ‘80s with She’s Gotta Have It, he made it safe and fair game for others to do so as well. There’d be many a film following Lee’s debut that focused (although at times indirectly) on sneakers and basketball culture. We’d soon get Juice, Above the Rim, Boyz in the Hood, and many others that held up region-specific sneaker musings on a national stage. Much of this was because Spike had the courage to do it first and to keep doing it.

1998’s He Got Game was a dazzling cinematic look into New York City’s Coney Island and its phenomenal homegrown talent, Jesus Shuttlesworth, played by Ray Allen. Both the Air Jordan 13 and Nike Air Foamposite Pro appeared on-screen in a masterful sheen that remains unrivaled to this day. 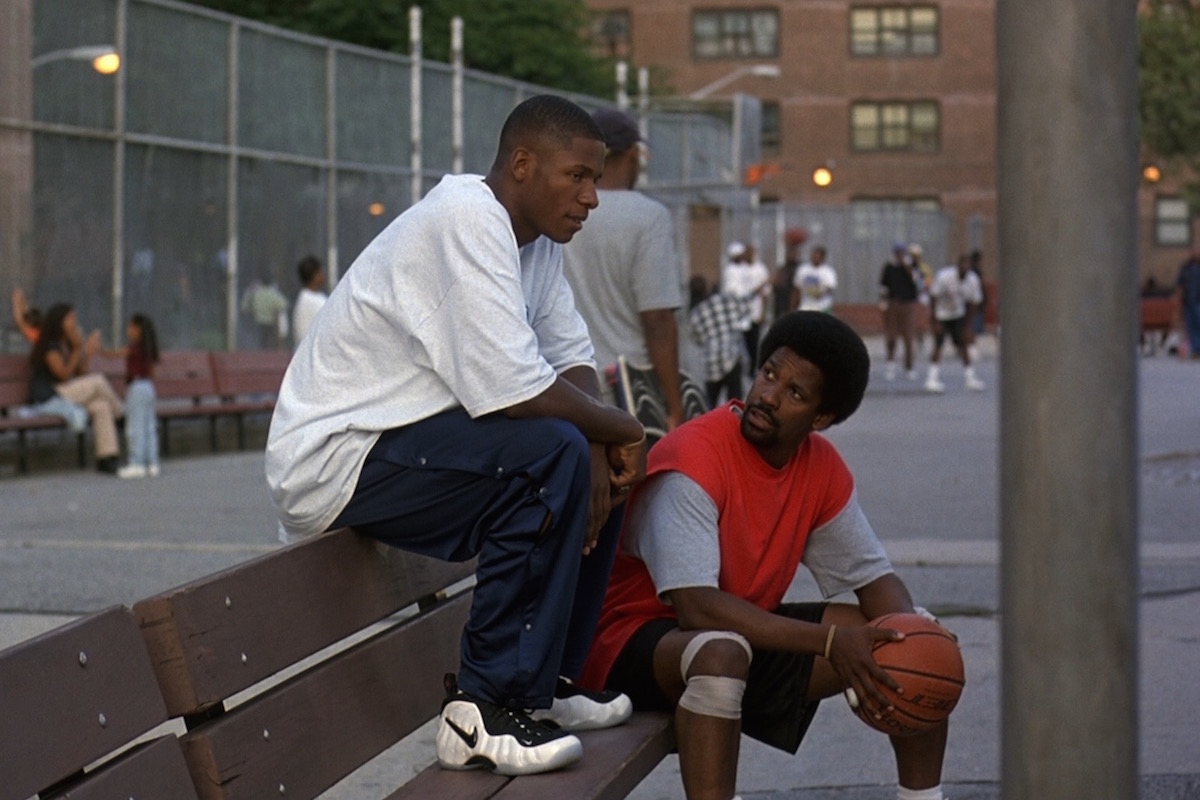 Here, Lee used his limitless powers to unmask the magic and intimacy of walking into a sneaker shop and seeing a classic shoe for the first time. What he was also doing, and with remarkable duality, was showing the world us, our experiences, our culture.

Yet equally as important as unveiling that human experience is the fact that he didn’t have to do it; he chose to. With his fully staffed production company, high-profile actors, millions of dollars in resources, not to mention his legacy at stake, Spike choose to show the world exactly what our world looks like.

Among the first celebrity endorsers to work alongside a sneaker company, Spike revolutionized the industry with his friend Michael Jordan. Their advertisements essentially act as the foundation for everything that would come after.

And I do mean everything. All those commercials, visual campaigns, advertisements, and lookbooks that we love in some shape or form lean into what Spike helped Nike and Jordan Brand began in the late ’80s. That inspiration carried on for decades. Expecting it to stop would be like assuming Lee, himself, would ever quit. He won’t. 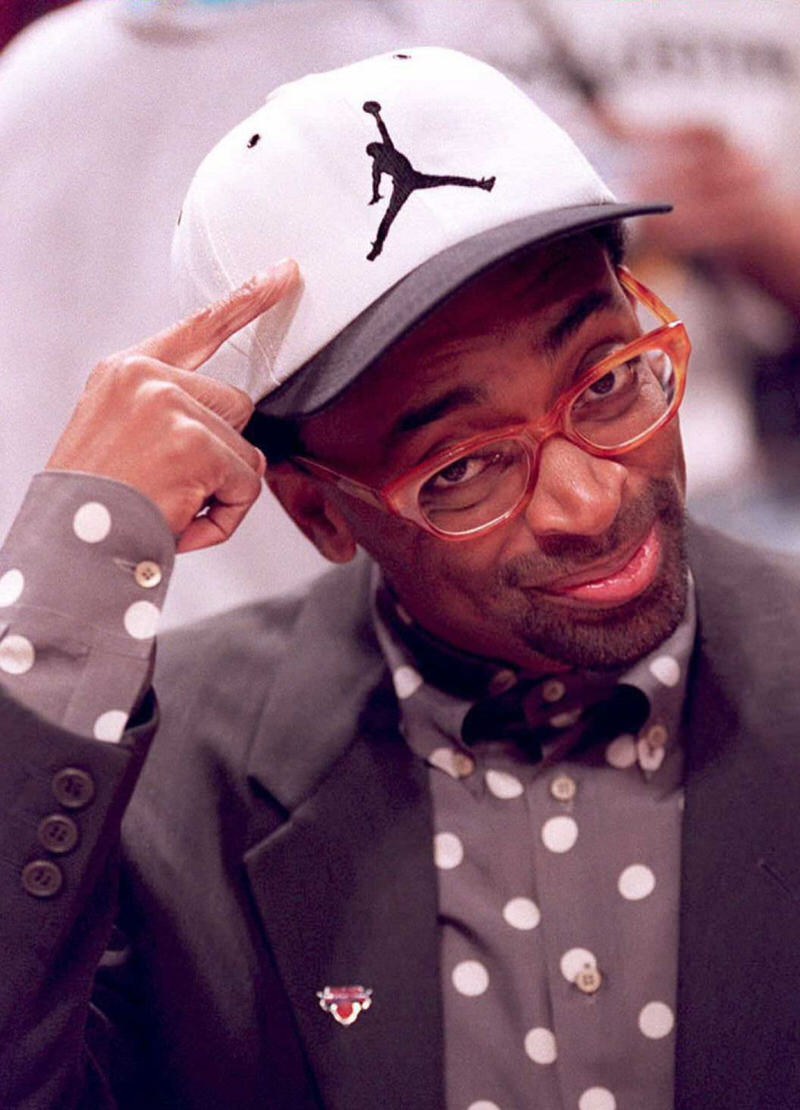 “Based on Some Fo’ Real, Fo’ Real” truth, Spike Lee is nothing if not the original sneakerhead. He is, of course, many other things of great importance. A filmmaker, an activist, an artist, a husband, a father, a Knicks fan. Oh, and the owner of a signature sneaker series. But similar his triumphant Oscars victory, the Jordan Spiz’ike is more about the journey than the trophy it garnered.

There’s so much more to say. So many more examples to mention. But gratitude doesn’t stop and start with awards. So we won’t stop holding up Spike at the simple sight of a long overdue Oscar. 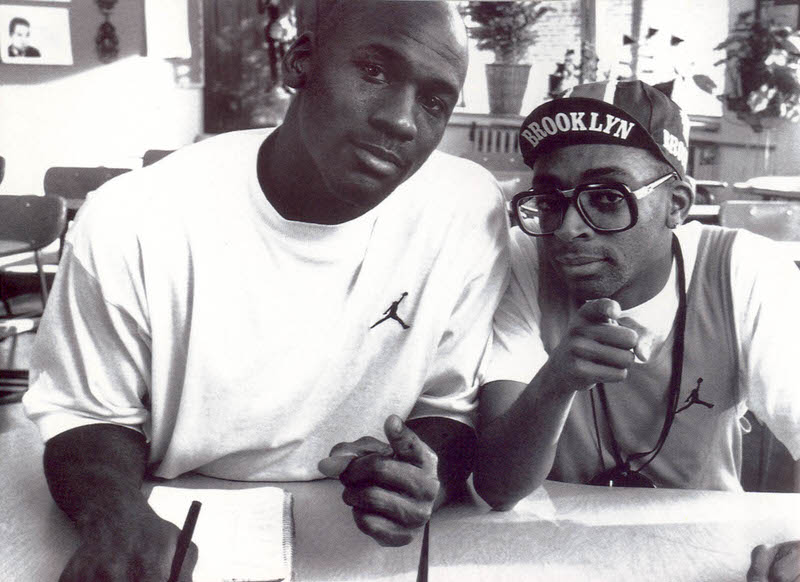 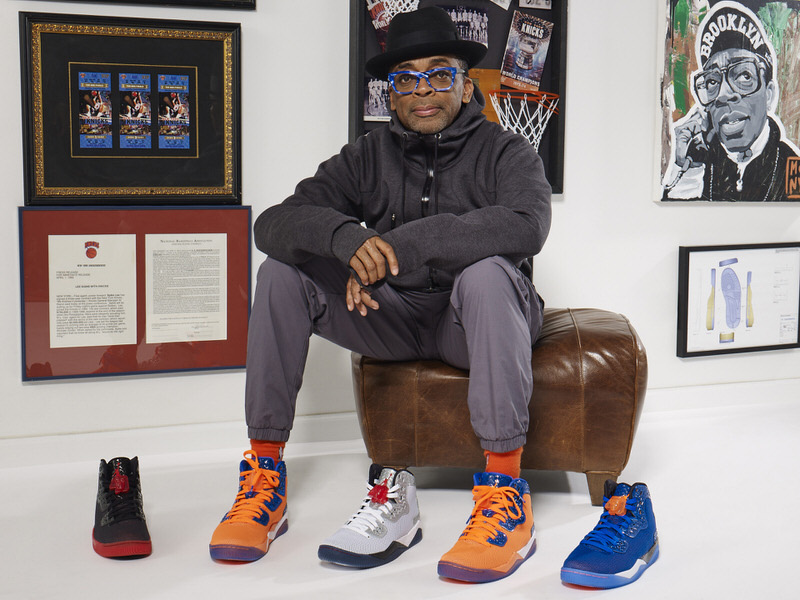 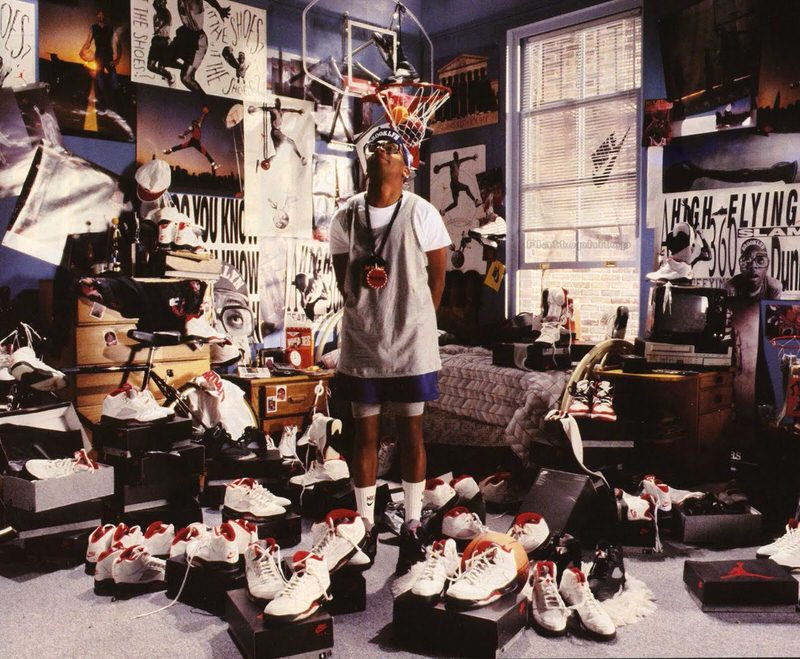 The Jordan Westbrook One Take III Gets a “Fire Red” Revamp 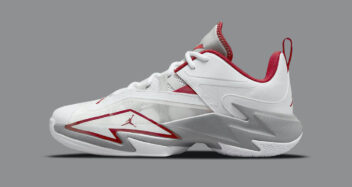 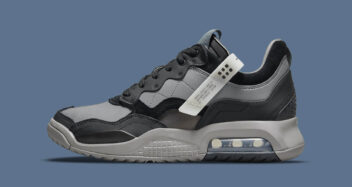 The Jordan Why Not Zer0.4 Gets the “Bred” Treatment 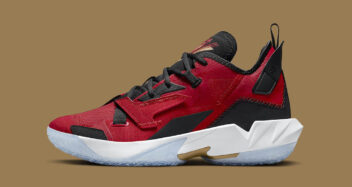 The Jordan MA2 Appears in Natural Tones for Fall 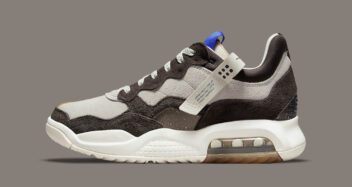