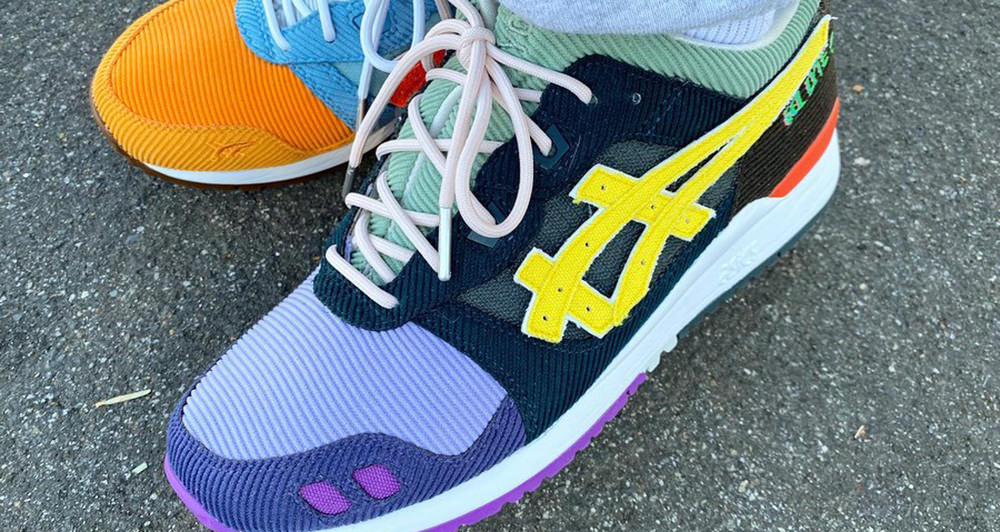 The Round Two founder has become a prominent figure within the sneaker community following the momentum and craze over his Nike Air Max 97/1 “Wotherspoon” that released in 2017 and will go down as one of the best releases of recent memory.

With the same ethos of a corduroy upper with interchangeable features, Wotherspoon is releasing an atmos x ASICS Gel-Lyte III that channels the tradition of the historic silhouette with a refreshing update thanks to Sean’s Midas touch.

After initial images surfaced, we get the best look at the upcoming Sean Wotherspoon x atmos x ASICS Gel-Lyte III that is rumored to release sometime this year.