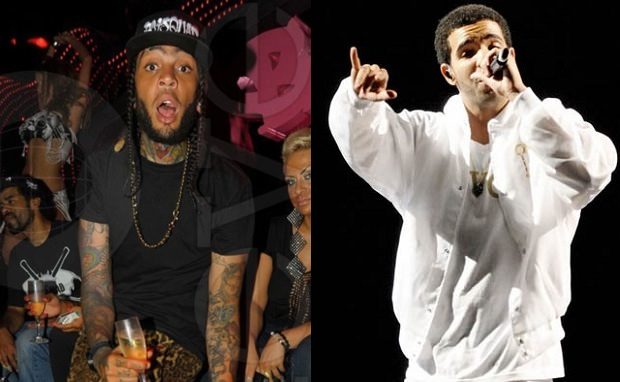 The Air Jordan “Gold Moments” Pack is set to release on Saturday, August 18. Lately we have seen celebrities rocking the two pair that come in the pack (even both at the same time). Gym Class Heroes’ front man Travie McCoy?and Drake were both spotted rocking the Air Jordan 6 “Golden Moments” this past week. McCoy, the more eccentric of the two, sported leopard print shorts to set his pair off. Meanwhile, Drake opted for all white during a performance to wear with his pair. Both guys are lucky to have the clout that garners receiving such a coveted package early. Question is…Who Rocked It Better? Vote below and tweet us or tell us why in the comments.