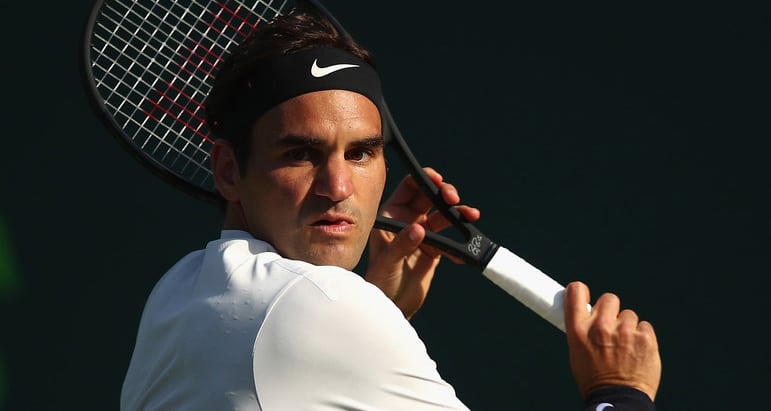 Over the weekend, the sportswear world got a tad turned upside down as reports began to swirl that Roger Federer would be leaving Nike to sign with Uniqlo. At this moment, there is no official word that a deal is done.

According to reports from SB Nation, Federer’s Nike deal expired in March, though that month’s Miami Open finds Fed playing in the NikeCourt Vapor RF x Air Max 95 — ironically enough the “Greedy” colorway. Funny is that may be, Federer is well known for being incredibly kind and generous in relation to his peers, fans, professionals and those in need. While the Nike deal may be reported as expired, Federer still has his own product page live on Nike.com and his tenure with the Beaverton brand runs deep.

Federer first signed with Nike all the way back in 1994, as GQ reports, rising to the ranks as one of the best the sport of tennis has ever seen. Just the same, he’s been compensated well by the Swoosh and everything else the game has to offer. In 2017, Forbes reported that Federer was the highest paid player in tennis, bringing in right around $60 million that year with his Nike contract paying him somewhere around $10 million of that.

As good as that is, the Uniqlo deal is said to be worth $30 million each year — half the amount of his overall 2017 earnings. The Japanese brand has previously ventured into the endorsement realm in regards to tennis, and when considering said sport and style few have the power and crossover appeal as Federer. Just the same, it is said the Uniqlo would hope to capitalize on the post-playing influence of the star — Federer is currently 36 — much like Nike makes good on Michael Jordan and Kobe Bryant during their retirement.

So, what does this mean for sneakerheads if true? Well, many things. Nike owns the ‘RF’ logo famously seen on his footwear and apparel. Fan favorites like the Air Jordan 3 homage on the Vapor Tour line would no longer be produced, with our own Nick DePaula even suggesting that if Fed was to sign with Uniqlo he could still partner with adidas for footwear. Years ago, tennis great Andre Agassi left Nike for adidas only later to return.

As we await official word, the debut of any new deal or the retaining of his current one would likely happen most publicly at next month’s Wimbledon. Keep it locked to Nice Kicks for updates leading up to the tournament.