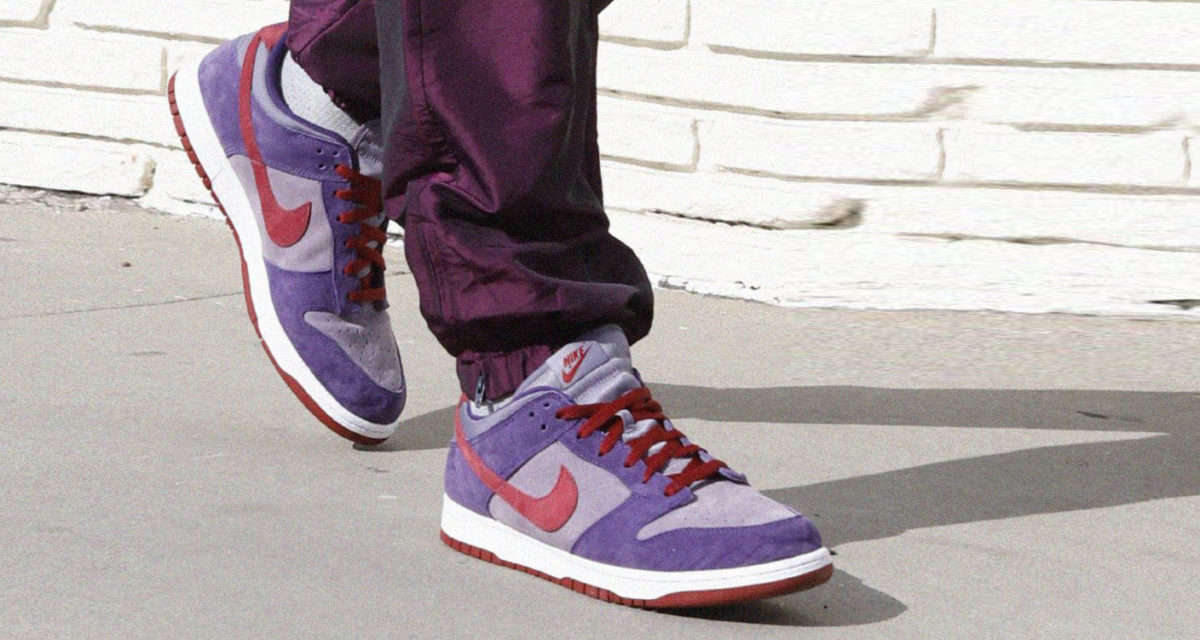 Where were you in 2001? When AI was stepping over Tyronn Lue in the NBA Finals, sneakerheads in the States were reaching out to their overseas connect in hopes of landing co.jp Dunks and Air Maxes.

While the latter has received its own holiday and month, the former is back in a big way thanks to the upcoming return of the Nike Dunk Low Plum.

Whether you were on Nike Talk or in the womb back in 2001, the Plum Dunks have a way of resonating with old heads and youngsters alike in 2020. 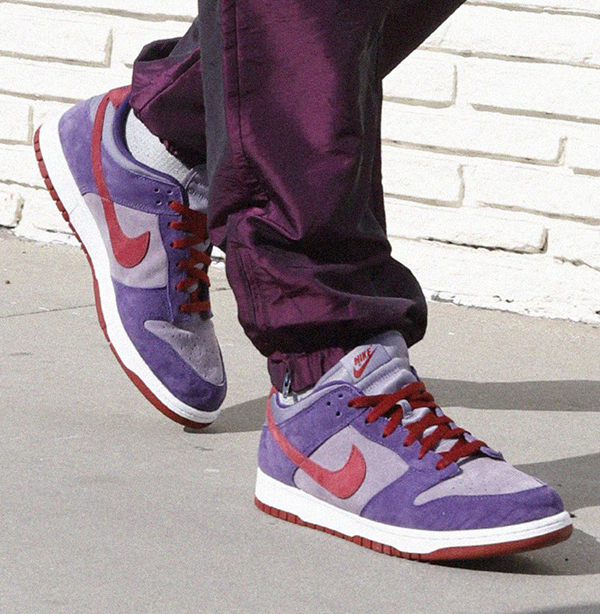 Seen in 2020 fashion above, this cult classic was highly coveted back in 2001 by Dunk collectors on and off the board. In fact, SB Dunks as we know it would not debut until the next year, 2002. Much like the Viotechs that just returned, the Plums are NOT an SB.

Favored by fly guys in Asia and Triple 5 Soul wearers in the US, the Nike Dunk Low Plum 2001 released only in Japan and created quite the chase.

Peep the OGs below.

So, if you still have your 2001 Plum Dunks in present time, there’s no reason to be sour grapes as this purple pair probably looks rust red after almost two decades of wear.

Set to return on SNKRS on February 7, 2020, peep the new release next to the OGs below. 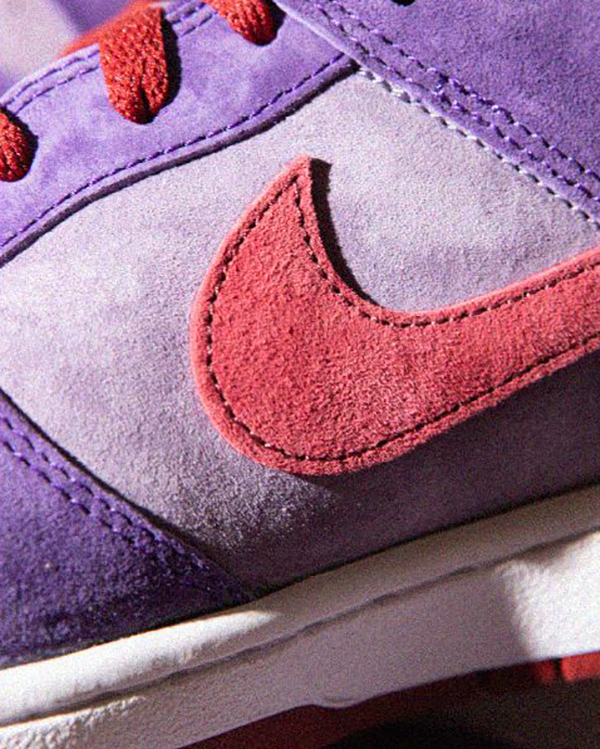 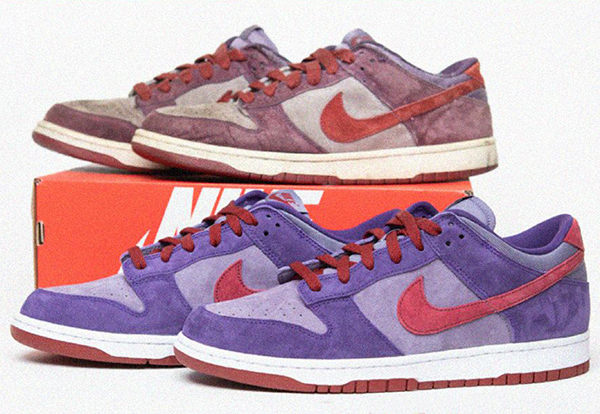