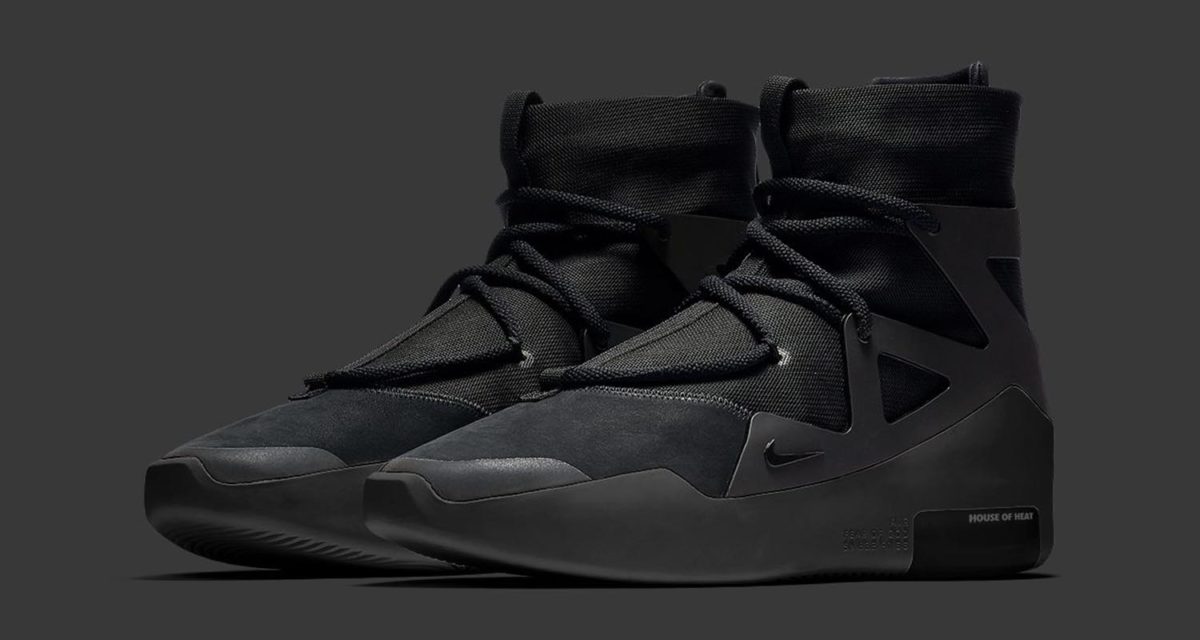 At the end of 2018, the streetwear brand Fear of God (FOG) burst onto the sneaker scene with their first Nike collaboration: The Nike Air Fear of God 1. Designed by FOG founder Jerry Lorenzo, this utilitarian sneaker-boot has become a sneakerhead favorite. Since its first iteration, the FOG 1 has released in several different, distinctive colorways. However, with the upcoming release of this sneaker in the classic “Triple Black” colorway, Lorenzo seems to be shifting his collaborations back towards a minimal, everyday aesthetic.

Teased through Lorenzo’s Spring Look Book, the Air Fear of Godcontinues to capture the essence of a luxury basketball inspired sneaker. The high-cut basketball silhouette and premium build has helped this sneaker thrive as both a hybrid high-fashion and streetwear piece. The upper is constructed using black suedes, mesh and neoprene, and is finished with a blacked-out midsole and outsole. The attention to detail, seen in the addition of a toggle lacing structure, the mini-swoosh placement, and neoprene cage, has distinctly separated the FOG collaborations into their own tier of greatness.

Retailing at a price of $350, this sneaker will likely be distributed in the same manner that its previous colorways have been: the Nike SNKRS app and select stores. The release date has yet to be announced, but is likely to be in the near future. Let us know your thoughts on the latest FOG x Nike collaboration in the comments.