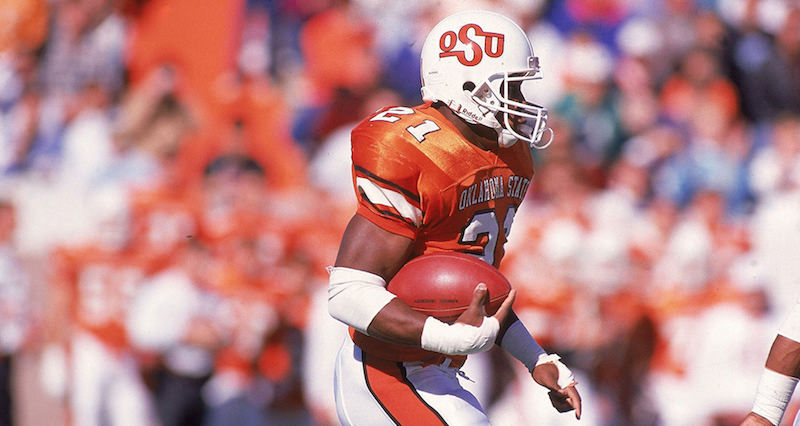 By most measures and with no exceptions, Barry Sanders is one of the best running backs to ever pick up a football. His speed, agility, decisiveness are largely unparalleled, all of which began on the collegiate level at Oklahoma State University where Sanders played for three seasons, winning the Heisman Trophy in 1988.

Nike honors the 20th anniversary of his crowning achievement and his time at OSU with a budding iteration of his signature Zoom Turf Jet 97. Finished with his No. 21 and OSU on the midfoot straps, the year in question marks the heel while Sanders’ signature appears behind the tongue.

This special edition release of the Nike Air Zoom Turf Jet will release tomorrow, October 25, at the Oklahoma State Student Union. The shoe is limited to just 250 pairs.