Na-Kel Smith is 22 years old. He lives in California where he gets paid to skateboard and is shipped free gear from his main sponsors, adidas and Supreme. Let that sink in for a minute. While the young professional has famous friends like Tyler the Creator, Vince Staples and Earl Sweatshirt, don’t think for a second his head is in the clouds or he isn’t on his job. Humble and hardworking, the man that came up off the grind is staying up on the same thing, riffing off the motivation of his also successful Day 1s and keeping it creative the whole time.

Much of that is exemplified on his latest project with adidas Skateboarding: his second Matchcourt Mid collaboration with the brand. Poised in pink but still down for the dirty work, the homage to his mother follows his first drop which sold out in 12 hours. While you won’t catch Nak selling out anytime soon, get the scoop on his new shoes that certainly will as well as some gems on friendship, work ethic and what he’s bumping these days.

Nice Kicks: Your latest collaboration with adidas Skateboarding is about to drop. How did the concept come about?

Na-Kel Smith: The designers at adidas came to me and said they wanted to do a pink shoe. At first I didn’t want to do a pink shoe but I thought, ‘Let me see if I can make it work.’ At the time, I drew a rose with my mother’s rap name — she was in a group called Urban Prop — and it all came together. I threw a green bottom on there and I’m wearing it for the first time in my actual size. I’m super happy. I’ve been skating in them and they skate good. I’m just super hyped. 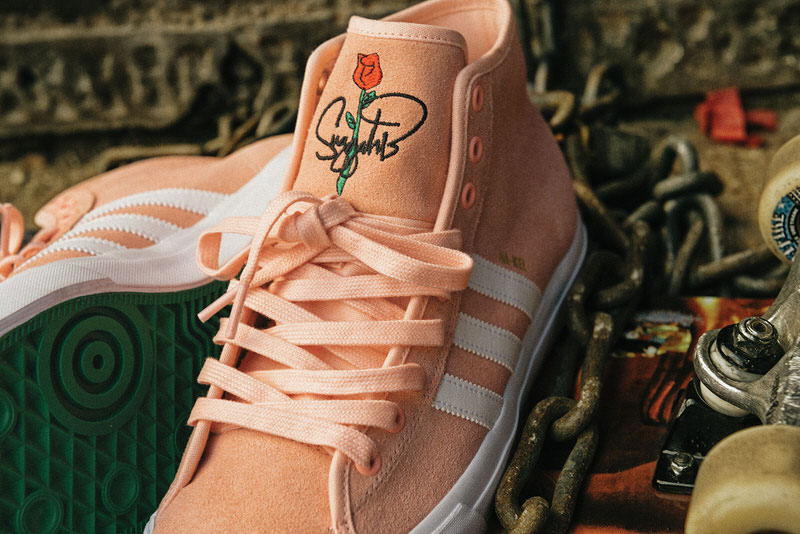 Nice Kicks: You joined the Three Stripes just over two years back. How did the move to adidas Skateboarding come about?

Na-Kel Smith: I was on a company before and I wasn’t really happy there so I kind of just quit. I was skating in whatever shoes and my friend Shawn bigged me up to Yasha and my friend Tino hit Skin up for me. I was down to do whatever and skating for adidas sounded amazing, but I was kind of just doing my own thing. I was focused on actually skating so I could choose [where I went], because when I quit the other company it was like now it’s time to go hard. A little down the line I started looking at adidas shoes and there brand and I was like, ‘Yeah, this is where it’s at. This is where I want to go.’ They wanted me so it was mutual love and I was happy.

Nice Kicks: So you focused on your craft, then the deals came your way.

Nice Kicks: Since moving to adidas Skateboarding, who do you vibe with most on the team?

Na-Kel Smith: Tyshawn Jones, Jake Donnelly, Lucas Puig… Blondie is cool as f*ck — he’s very creative, he’s awesome. Who else? Benny…I get along with everybody on the team, I f*ck with everybody. Alec is a savage, he makes me wanna push myself and step outside my box. He motivates me to skate harder, so does Tyshawn and Jake. Everybody’s cool. There’s not much static, it’s tight.

Nice Kicks: When it comes to shoes, is there much competition on the team when it comes to riders? You’ve gotta be the man to beat since your first shoe sold out in 12 hours…

Na-Kel Smith: Is that a fact?

Nice Kicks: It sure is, I read it in the LA Times.

Na-Kel Smith: Man, that’s tight as f*ck! I hope this one sells out in six. I compete with myself. I always want to be better than my last. I’m one of the toughest critics on myself. I compete with Kanye West, I want my shoes to be like his. 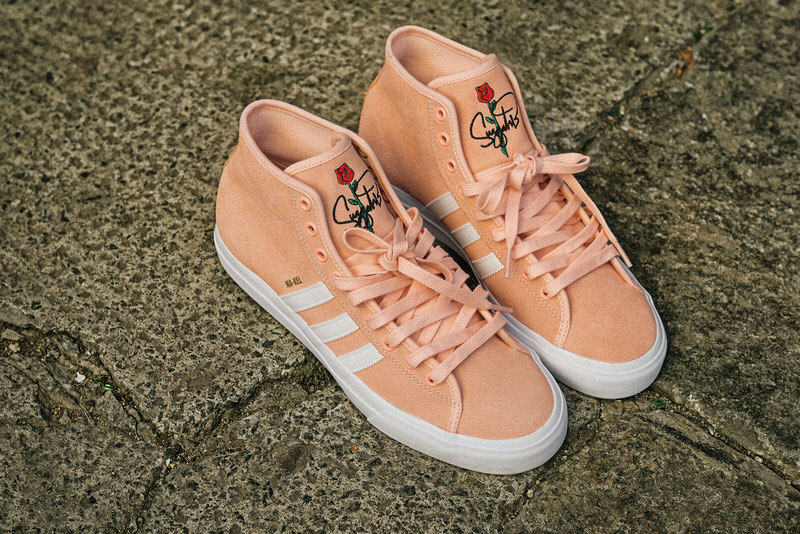 Nice Kicks: Speaking of musical peers, you’ve toured with Earl Sweatshirt. Does the rap scene differ that much from being on the road as a skater or is all pretty much the same?

Na-Kel Smith: A lot of people kind of put themselves in boxes. Like, if you skate and a skater you look up to says something is corny, you’re gonna think it’s corny. I don’t give a f*ck. Don’t nobody put food on my table or tell me nothing. I also never switch up. Earl, Tyler, they’ve been my people forever. They believed in me like my parents did. If they say they want me on a song, I’m gonna do that off top because they’re my friends. I come from a very musical background, freestyle rapping and playing instruments. I’m not going to sit here and tell you I’m the best rapper, but I’m not that trash…

Nice Kicks: How does having your day 1 friends being so successful motivate you?

Na-Kel Smith: It pushes me a lot. They don’t get skateboarding, they get big money. That pushes me because my friends are doing big things, working with big companies to make major moves. Of course you want to keep up with your friends so you can keep up and the friendship is equal. Like we’re going here? Alright, I don’t need nobody to pay for me, I got it. It’s just fun to be in my own lane being successful and seeing my friends be in their own lane being successful because I don’t feel like anybody gets left behind. We all just motivate each other to do better and be better.

Nice Kicks: Music wise, what are you listening to these days?

Na-Kel Smith: That new Solange goes crazy! That is a very good project. That new Travis Scott, I listen to that. I listen to that old Chief Keef, Maggot Brains, just a lot of random sh*t. I’ve been listening to New Order a lot lately and I always keep my friends in rotation off top. Like Vince Staples, he’s got a lot good music. We’ve got a lot in common so the stuff he talks about on his last album is very relatable. I’m not a rapper, so I let my emotions run through my skating and you don’t need words for that. Outside of my friends, Frank Ocean’s sh*t slaps, I love listening to that. Uzi Vert’s sh*t slaps, Migos’ sh*t slaps. It just depends on my mood, but mainly those artists. 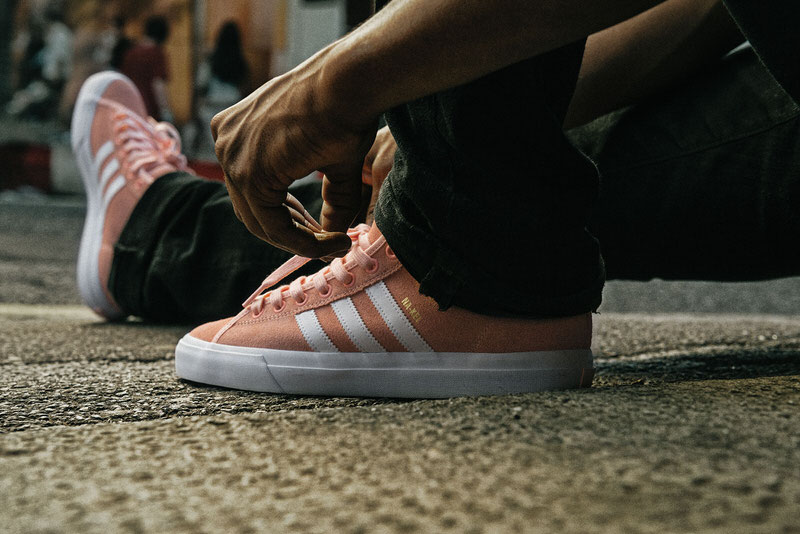 Nice Kicks: So amongst your family and friends, who hits you up the most for kicks?

Na-Kel Smith: I hit my homies up! I hit everybody up like, “Bro, you need these!” I don’t want to mess nobody’s money up, but I hit up all my friends and ask what size they wear. I come from a similar place that a lot of people come from and it’s hard to do this sh*t. I’ve got my name on adidas and a lot of people don’t have it. But it can if you work on it. Whatever you want in this life dedicate yourself and work on that and it’ll happen.

Nice Kicks: What can fans expect next from Na-Kel Smith?

Na-Kel Smith: [DJ Khaled voice] More wins! [Laughs] We’ve got a couple projects in the early works. Just keep on pushing, trying to out do ourselves and do better and do bigger. We’re trying to make moves. 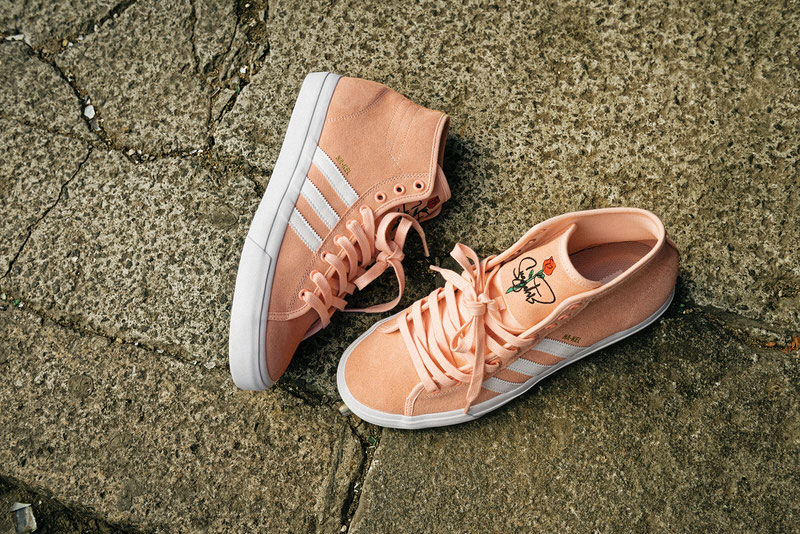 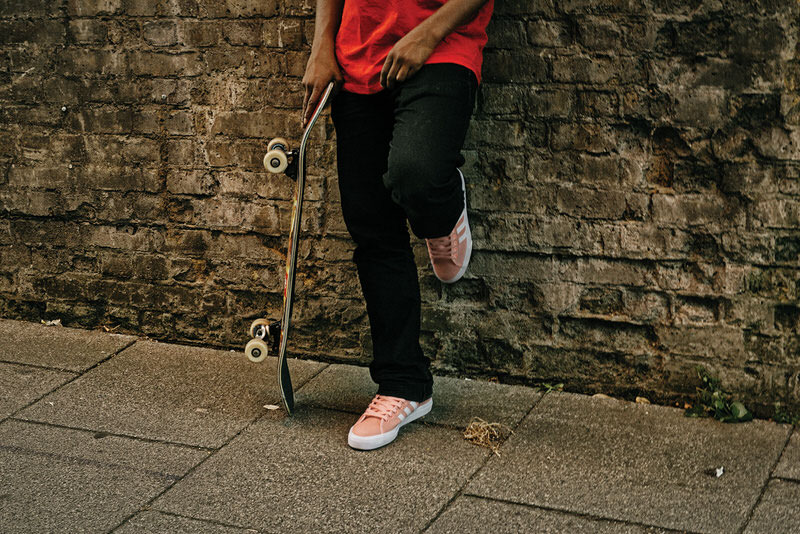