Competing in the comedy and hip hop space, Conceited hands out punchlines like Mike Tyson running a teleprompter. The Wild N Out favorite has become a mainstay on Celebrity Sneaker Stalker with a throwback game comparable to Fabolous circa Street Dreams and a shoe game from NBA JAM. Catching up with the NY native as he releases his collaborative capsule with our guy Mr. Throwback — click here for the tees and here for the dad hats — hear which shoes are getting the most burn in his rotation in the latest My 5. 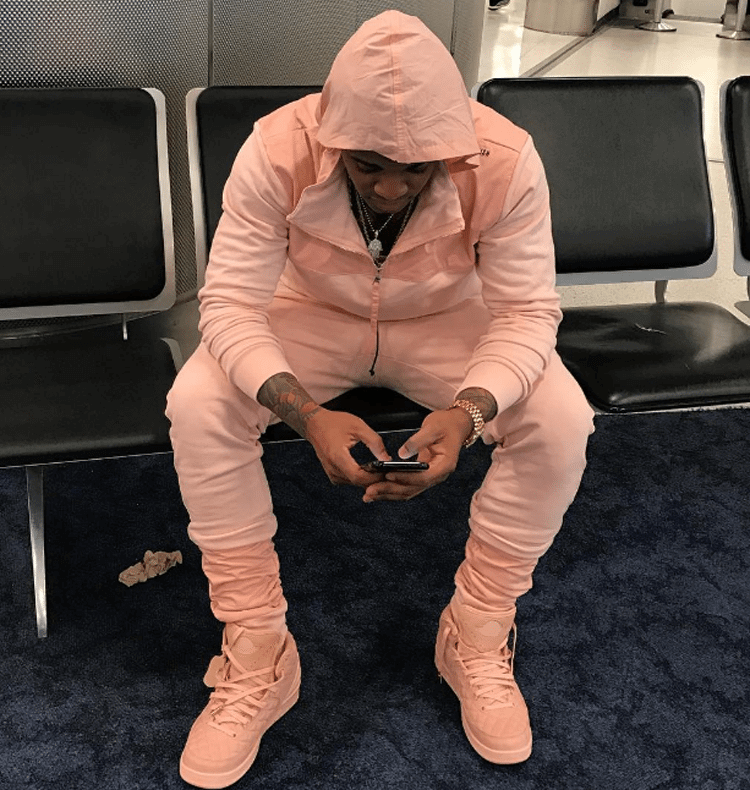 Conceited: The Arctic Orange and Royal Blue Don C 2s both get a lot of burn. When I first got the blue ones, anything I had that had royal blue in it I was wearing it. Cubs jerseys, Knicks jerseys, All Star jerseys, everything that had a hint of royal blue. Then when I got the Arctic Orange ones it was the same with pink. I wore those damn near a week straight when I got them. I went out five days in a row in those [Laughs]. The funny part is Embellish — shout out to them — sent me a couple of joints and those pink jeans were one of those. This was way before those 2s came out so I was going to originally wear them with the “Vachetta Tan” Foamposite Pros but it never happened. Then when I got the Arctic Orange 2s, I saw the jeans in the corner through my peripheral vision and I thought, Oh my God, the fashion gods have spoken. 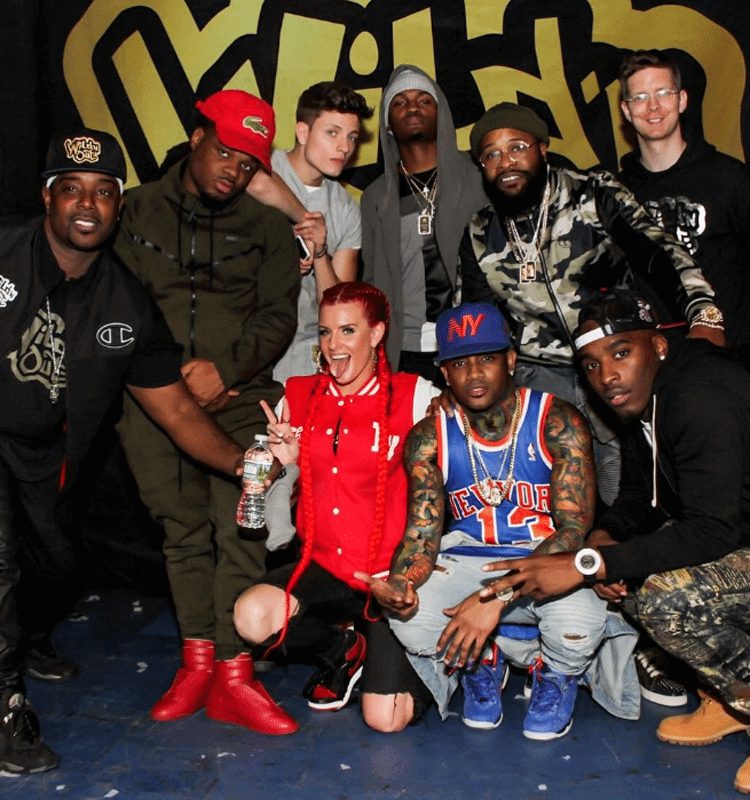 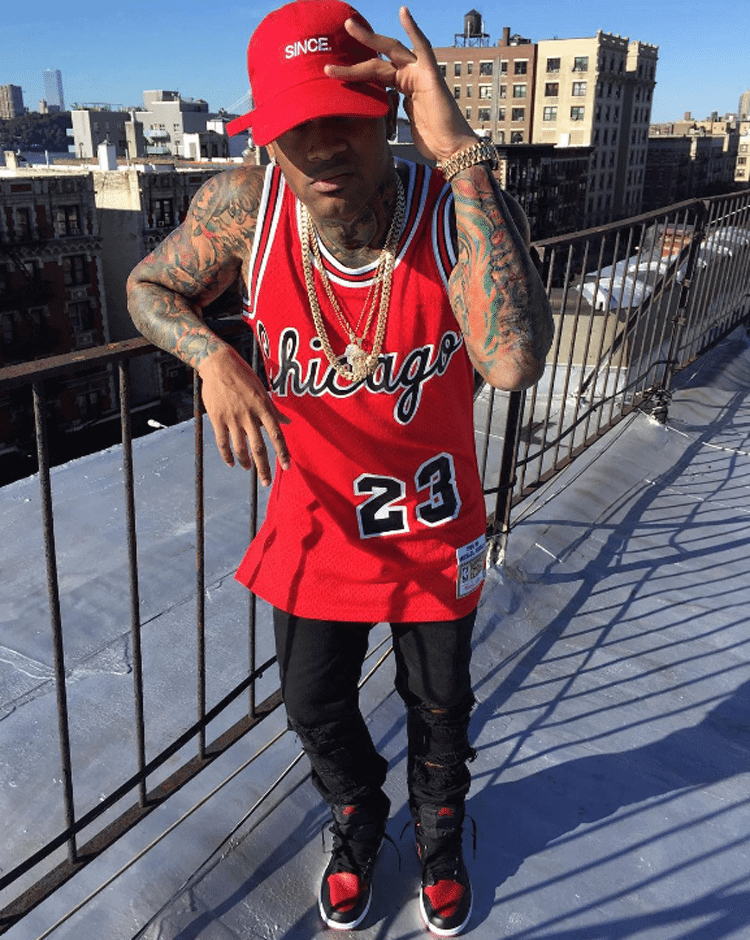 Conceited: For me, my whole thing is rocking those with the Chicago Bulls rookie Jordan jersey. That is my ideal outfit. I don’t really see myself wearing those shoes with another jersey. I don’t have the Home rookie jersey, but if I did it would be with the Chicago 1s. 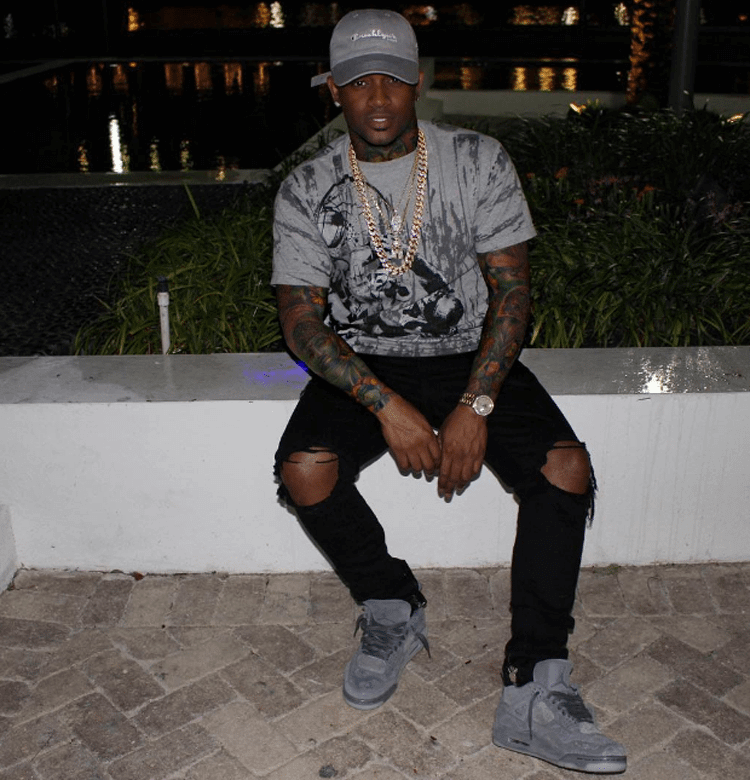 Conceited: The only jersey I could wear with those off the top of my head with out scrambling would be the old San Antonio Spurs jersey. I’ve been wearing those with everything from Gucci shirts to sweats to vintage Lemar & Dauley tees. The 4 actually has my favorite colorways, but the 3 is still my favorite Jordan. 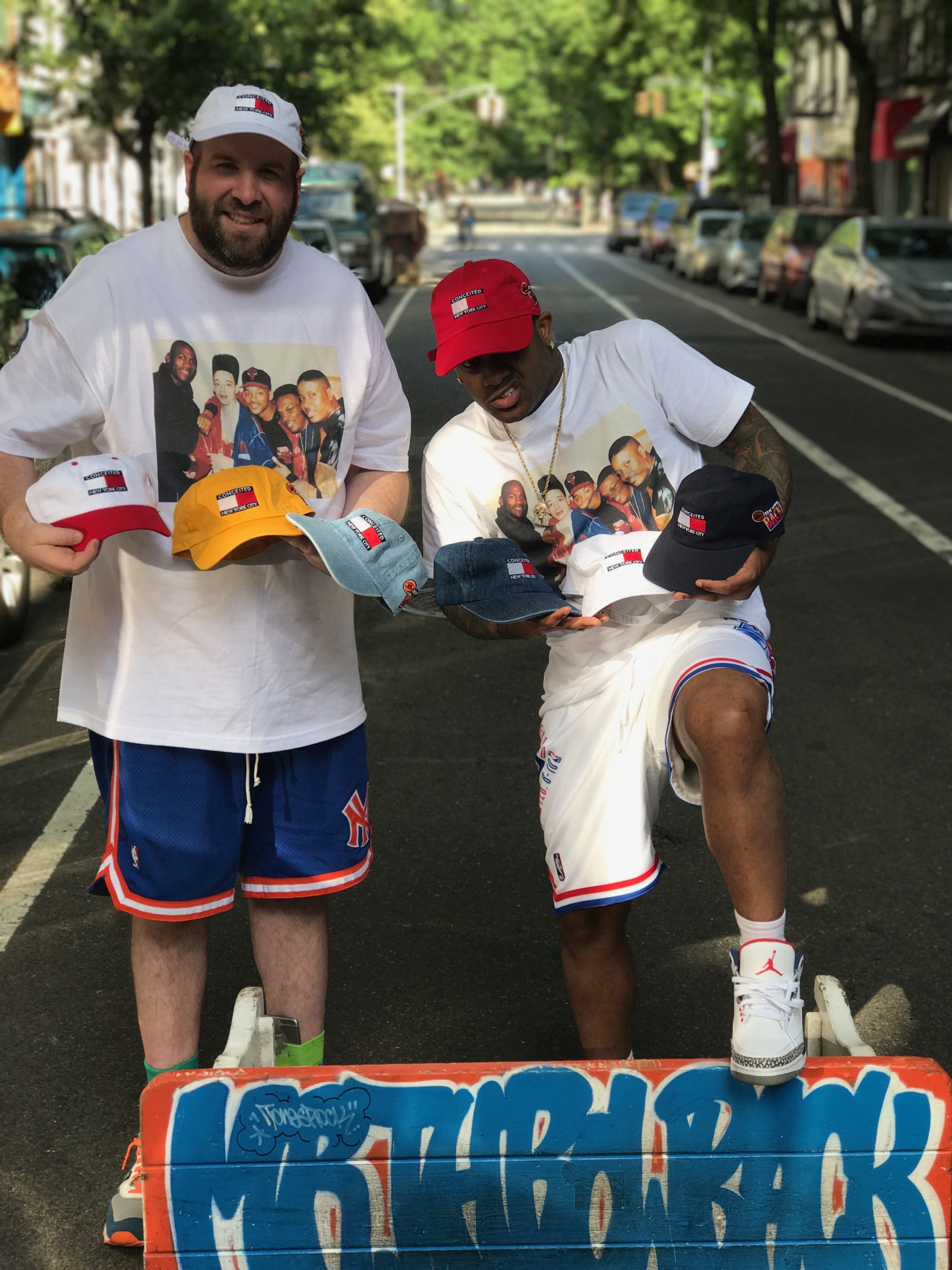 Conceited: I have White/Cement, Black/Cement and True Blue 3s. The True Blue 3s I had in high school, but the others I bought after. I love the mold of the 3, the elephant print, all of it. The shoe was always just super duper lit, but what made me love it is that one picture of Michael Jordan wearing them and flying from the free throw line. You know what? Mr. Throwback actually has that poster in his store.

The Conceited x Mr. Throwback collection is available now. Click here for the tees and here for the dad hats.