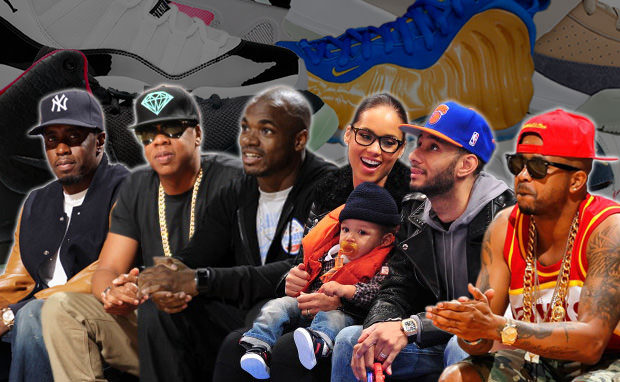 The 2011-12 NBA season, though short, was one for the record books. We have shown you the heat players wore on court throughout the year via Kicks on Court, but the stars came out to watch while rocking a nice collection as well. Spike Lee went all out as he cheered on his beloved New York Knicks through Linsanity, and onto their first playoff victory in 11 years. Victor Cruz introduced himself to the masses in resounding fashion with the kicks he pulled out this past season, while veterans, such as Jay-Z, reminded us how it is done. All brands from the ever-so-present Jordan to the newly-resurrected Reeboks were spotted on celebrities taking in basketball games this year. Enjoy the season?s wrap of Kicks off Court, and let us know who sported the best kicks courtside this year.