Washington Wizards point guard John Wall has been one of the most active NBA players during the dreadful NBA lockout. We have spotted him at a number of charity All-Star games throughout the summer. In addition to Kevin Durant, we caught up with the former Kentucky Wildcat at Josh Howard’s Celebrity All-Star game in Dallas this past weekend. Wall discussed a number of topics pertaining to his newly designed second signature model, the Reebok Zig Encore.

He specifically touched on his efforts in the Encore design process, why he feels the Encore is better suited for his game as opposed to the Zig Slash and his affinity for Allen Iverson’s Reebok line. Also, Wall shed light on a couple of upcoming Reebok Zig Encore colorways inspired by his favorite television shows.

Check out our mini interview with John Wall in its entirety below.

John Wall on the set of the “Reebok Back” music video

John Wall: It’s a lot better because it fits my style of how I play more. It’s a lighter shoe, and it’s a mid-cut. That’s how I like my basketball shoes. It’s also great to have my logo on it this time around, and I just love how the Encore has a regular, flat bottom. I didn’t really like the fact that the Zig Slash was a high top shoe, and it didn’t have a flat bottom, so my foot slid a lot while wearing them.

Nice Kicks: It seems as if the Reebok Zig Encore is more personal to you considering it has your logo as opposed to the Reebok Zig Slash. How involved were in the process of designing the Encore?

John Wall: Oh, I was a big contributor to designing the Reebok Zig Encore. I got to choose whether I wanted a mid top or a high top, whether I wanted the Zig Slash’s bottom or a flatter surface and what type of overall style I preferred. I really wanted them to just make it as light as possible.

John Wall: Oh, man that’s big time. I would definitely have to go with the “Grown Ass Man” Encore. I got that in the locker room right now. I was about to wear it tonight (at the Josh Howard Celebrity All-Star Game). Basically, I turned 21 on September 6th this year, so they’re saying I’m a grown a** man now. I can do whatever I want, and go wherever I please. They only made 21 pairs. I love it man.

Nice Kicks: What other themes and colorways should we be expecting from the Reebok Zig Encore?

John Wall: Man, I have all colors. I’m a colorful person. I have an all-red pair. I have a green and yellow pair. There’s a few Kim Possible colorways coming soon because that was my favorite television show growing up. I have a Fresh Prince of Bel-Air color coming soon. We have a bunch of different things in store. You would have probably seen them already if we were in season.

Nice Kicks: Seeing that Allen Iverson, a Reebok brand member, was one of your favorite players growing up, did you ask Reebok to incorporate some of the design concepts used in his line for your signature series?

John Wall: Yeah, definitely. Allen Iverson was one of my favorite players growing up for sure. I was small with braids just like him. Then, I finally hit a growth spurt. I have all of Allen Iverson’s shoes. That’s all I played in during my AAU years. I played in the Reebok Questions, the zip-up Reebok Answer IVs, so I wanted them to somehow think of those. I played in every single Iverson shoe that has ever been created, so of course I wanted Reebok to think of Iverson’s footwear when creating mine. 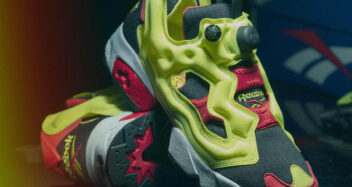 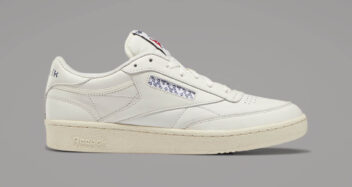 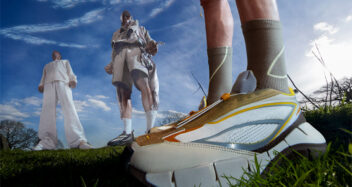