What would International Women’s Day on Nice Kicks be without mentioning Teyana Taylor? Between being the first lady of Celebrity Sneaker Stalker and the pen behind the Teyana’s Take column with NK alum Tee Jay Void, Teyana has been a trailblazer in the industry long before linking with the man on the Cavs.

A woman of style, sport and culture, the Harlem-native was on hand at Reebok & Footaction’s Classic in the Courtyard event at All-Star to talk kicks with a select group of media. Hear about her love of the Reebok Freestyle and Iman rocking her Questions on court in the scrum style interview below.

Ian Stonebrook for Nice Kicks: From jump, you’ve always been a fixture in hoops and kicks, from your I Am NBA blog to Teyana’s Take to Celebrity Sneaker Stalker. What kicks are you on now and how does having a deal influence your wears?

Teyana Taylor: I always made it to the top six on Celebrity Sneaker Stalker, thank you! You always had me up there. Even when I fell back on the typical sneakers, the designer sneakers I started bringing out were type fire and not the typical girly-girl ones. It’s harder now when you’re signed, because I was on the other stuff heavy before my first deal, then I slowed down. Now that I’m on my third deal, I matured and try to be more loyal and more respectful to who I’m signed to. Going to designer sneakers kind of makes it easy so I don’t have to wear heels. 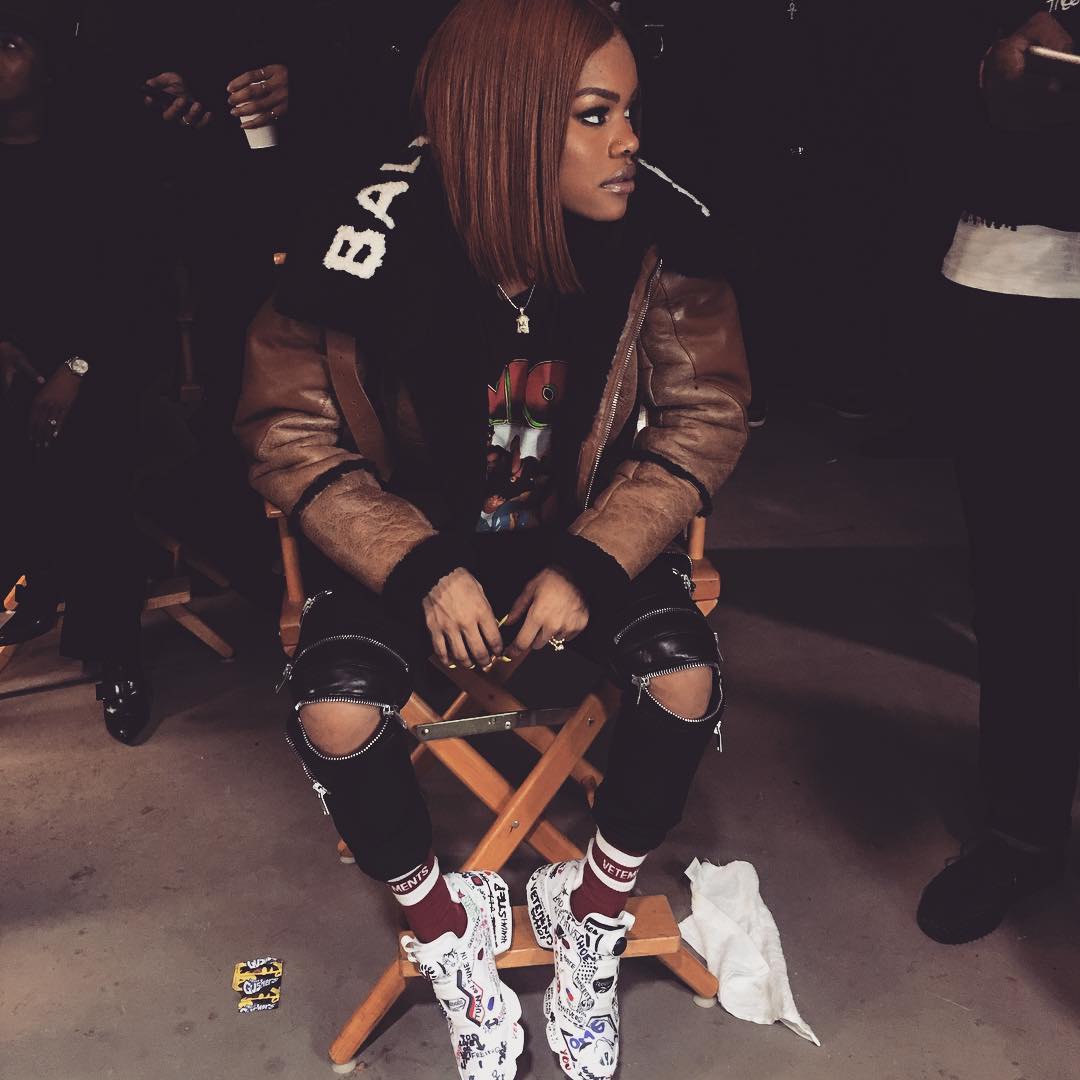 Zac Dubasik for Sole Collector: You’ve had a couple sneaker deals before that fell through, did you ever get discouraged?

Teyana Taylor: I have the fastest selling female sneaker — still to date — so I never got discouraged with the kicks. You know I’m very shy but I’m I’ve very cocky when it comes to my kicks. Any collab or deal I get is definitely well deserved because I’m one of the only females that genuinely fucks with sneakers. I don’t do it to be cool, to look cool, I don’t keep my sneakers clean because I’m not on that hypebeast shit.

Kyle Rooney for Hot New Hip Hop: We all know you have a deep collection, but who has the better vault of kicks between you and Iman?

Teyana Taylor: I don’t know, because when I was doing Teyana’s Take I was pulling out HITS! Stuff from the ’80s and the ’90s, I was really pulling out hits. Hubby has a good collection but at the end of the day it’s probably me.

Zac Dubsiak for Sole Collector: What was it like to see Iman on the court in your shoe?

Teyana Taylor: That felt dope. You don’t see that ever. He’s really getting buckets in my sneakers! It felt good to see him really show his sneaker collection since he left adidas. It’s super dope because there’s that loyalty of being signed to one company and not being able to show your stuff, but now he’s really getting his rocks off. He’s winning right now because he gets to wear all his kicks. I help him pick out his sneakers. Like when he wore those heavy ass Foamposites? I told him they were holding him down and to change them at halftime.

Kyle Rooney for Hot New Hip Hop: Following up your Question launch, what would be your dream collaboration with Reebok?

Teyana Taylor: I think my dream Reebok collaboration already happened with AI. Now with the 5411 and being able to take over that, it’s dope because I had my first pair when I was like four and that was the first high top I really wore over and over and over. Plus, you know I’m in love with the ’90s so to be able to really take over the 5411’s is lit. 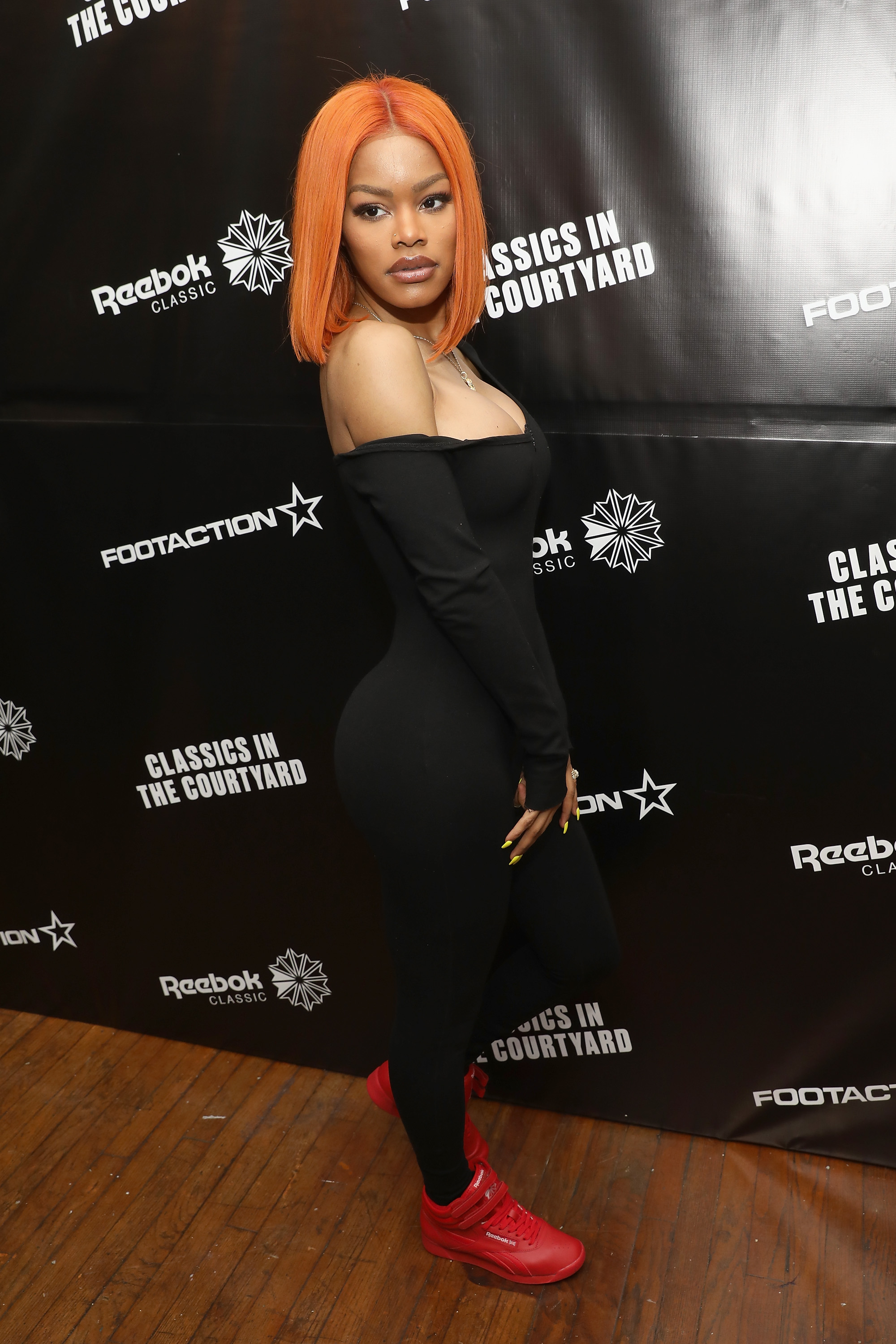