Tattoos and sneakers have always been a form of self expression, and the NBA hardwood has always served as a fitting stage. Over the years, we’ve seen some of the game’s biggest names and biggest personalities push the envelope on ink while rocking some of the most talked about kicks. Today at Nice Kicks, we’re taking a look back at three of the most prominent players when it comes to shoes and tattoos. Get a rundown of our favorites below, and while you’re getting your kicks and ink fix, click here to sign up for the Ink Master Tattoo Bracket 2014 for a chance to win a trip to SXSW. 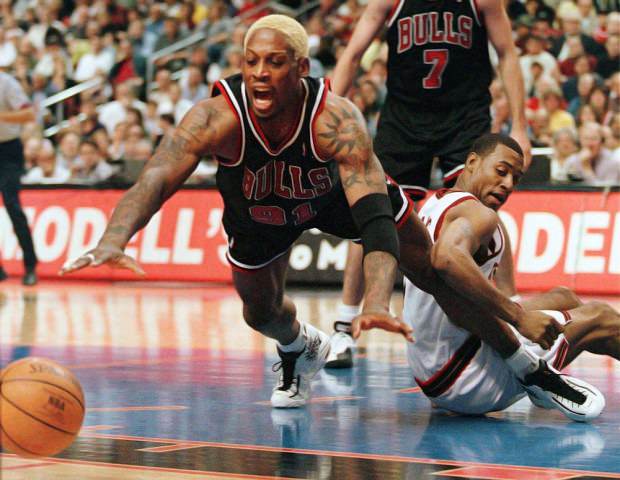 Consider the Worm to be the originator. Long before being inked was the norm, Dennis Rodman was also dyed and pierced. His Gen X attitude appealed to fans, and his self expressive tattoos were a breakthrough for the NBA. During the 97-98 season, Converse even laced him with the AS Rodman, inspired in part by his wild ink.