Dragon Ball Z and adidas team up on the ZX 500 RM, featuring a Goku inspired colorway that incorporates orange suede accents on the overlays, while a multi-color knit appears on the underlays. Blue accents can be spotted throughout the branding and sockliner, while also appearing on the heel and part of the midsole. Set on a Boost midsole, Goku’s Nimbus cloud appears on the interior angle, while his “Go” logo is embroidered on the heel to round out the look. 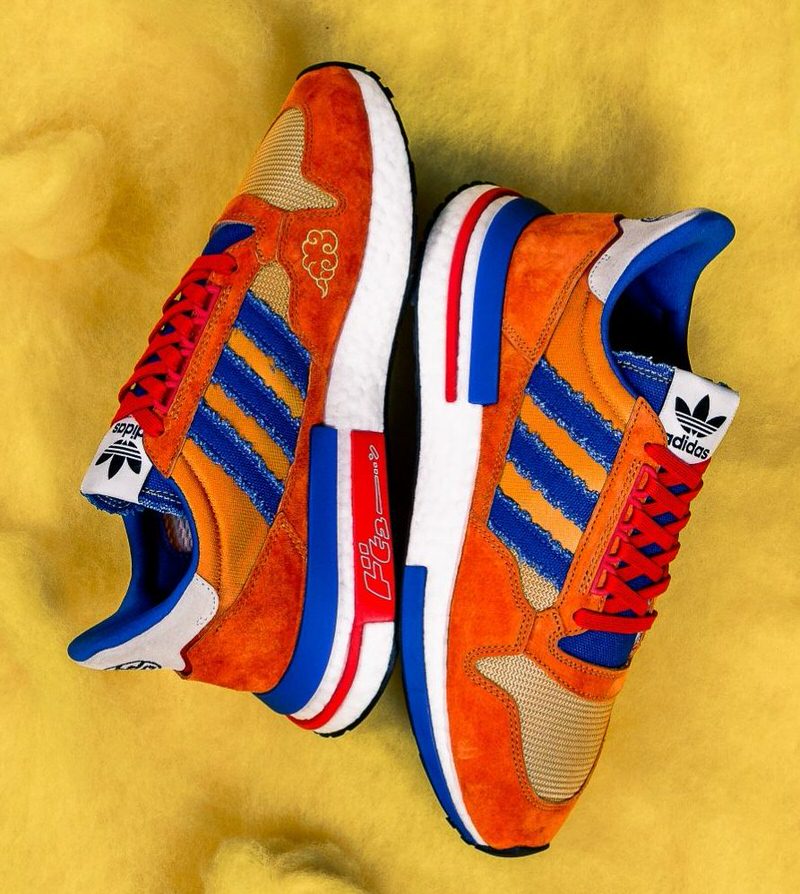 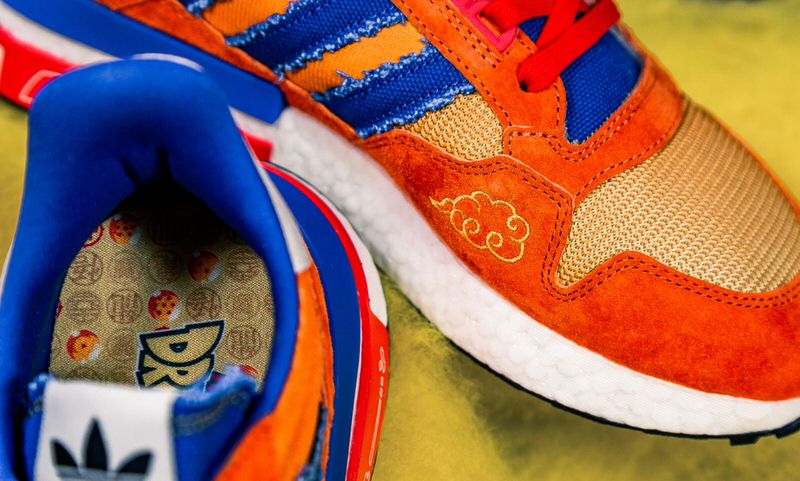 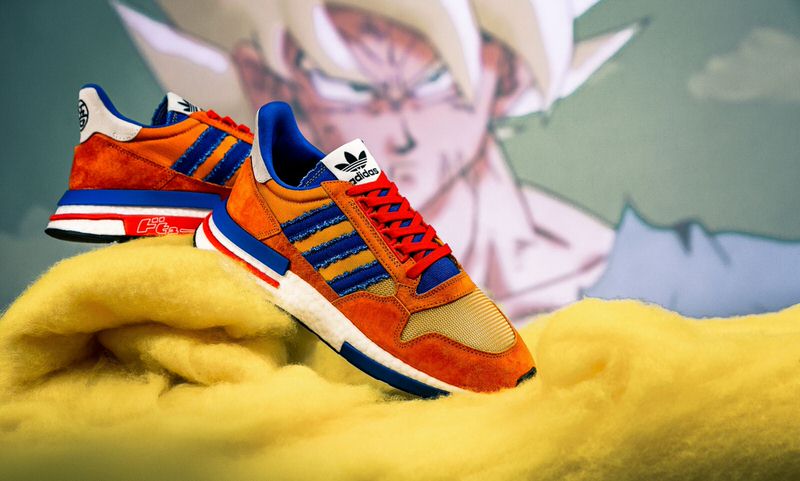