Fashion is a sport in 2016, no? On the modern hip-hop front, style has proven just about as important as having bars, with gear game making as much noise a pungent punchline. Is that a bit off balance? For sure, but as a wise person once said, “artists are the new athletes” and as far as footwear goes nothing has been the same since social media made the world a runway and streaming music forced artists to sell more than just records to stay relevant.

As we approach All-Star Weekend, the amount of influence rappers have on style is somewhat similar to the late ’90s when every hooper had a shoe and athletic fan gear carried far more weight than any tour tee. Comparing categories and eras, we offer our take on which rapper in 2016 plays the part of the biggest hoopers 18 or so years back with aesthetics inspired by our favorite basketball cards. 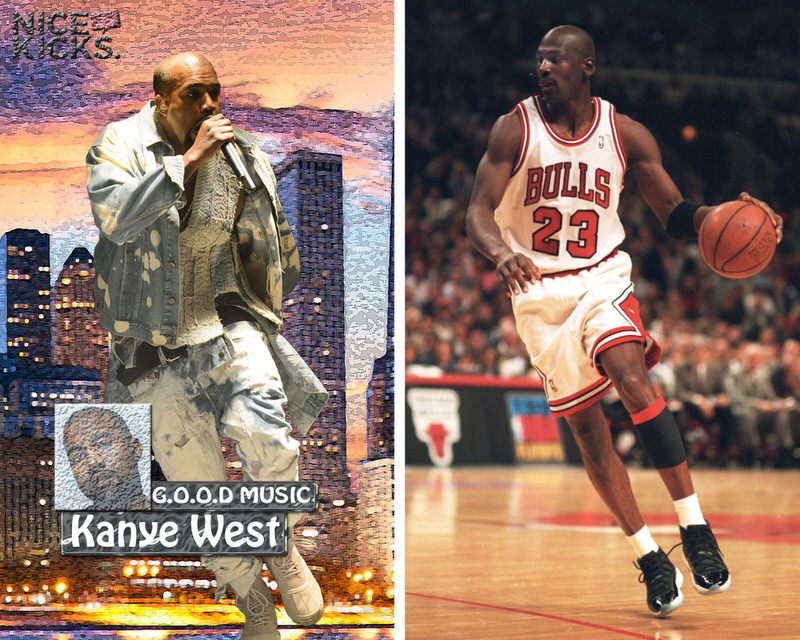 Up there in age but both sky high in stature, Kanye West is playing in a space similar to MJ in his final three-peat. The accolades are unparalleled and the dominance is all but expected. While Jordan would go on to inspire a wave of shaved head shooting guards signed to save franchises, could-be Kanyes have been the artist archetype for the past eight years as big brands and the music biz look for someone to sell as the total package creative. Just like Jordan during the end of his Bulls tenure, Kanye’s current look is a more about comfort than flash, with their signature style still apparent but youthful exuberance somewhat sidelined for function and maturity. That definitely opens the lane for a youngin’ on the rise to steal the top spot, but for now the rings still belong to Kanye. 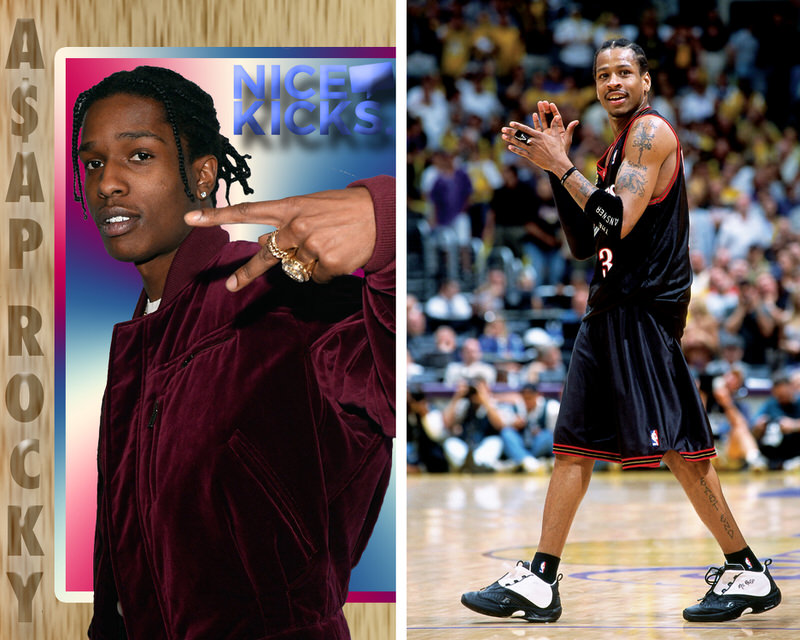 Their rise to stardom couldn’t be much more different. Allen Iverson had the spotlight since high school, overcoming adversity to become a star at Georgetown and the NBA’s #1 Draft Pick shortly after. While Rocky’s rise was far from easy, it was far more unexpected as he blew up with relatively no buzz prior to his epic Live.Love.A$AP mixtape. So, what makes these two stars so similar? Their influence. Both figures carried and carry a pull unparalleled as their look and moves are not just copied by their fans, but rather imitated by their peers. The same way Iverson had the whole NBA running isos and growing braids, Rocky has the whole rap game donning designer and talking trill. Yes, neither were the first in either foray, but they were both the figures that opened the floodgates. Rappers want to be Flacko Jodye the same way ballers wanted to be Bubba Chuck. They’re both carefree, charismatic and true innovators in their respective games. 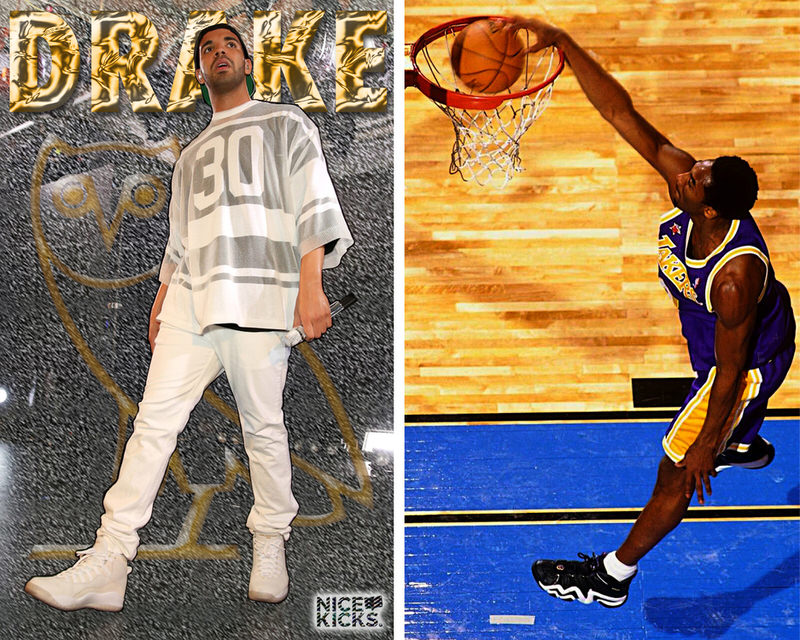 Drizzy and Kobe have one major thing in common: they’re the best in their generation to do it. Both blessed from above with talent and reaching the work ethic to outclass all competition, these two stars have had the crown fitted for their heads since stepping on the scene. Stylistically, both have benefitted from mastering the skills of others whether it’s Bean crediting God Shamggod for his handles or Drake hat-tipping Big Sean for the hashtag flow. Cultivating from contemporaries aside, they’re both as complete as it gets. Kobe can play both sides of the ball, Drake can rap and sing. Fashion wise, their influence is somewhat marginal compared to the scale of their games. You won’t see a crew of kids rocking a half moon ceaser in homage to Drizzy just like you cropped ‘fros never made noise. But more importantly you’ll never hear any totem pole talk with out these two mentioned at the top. 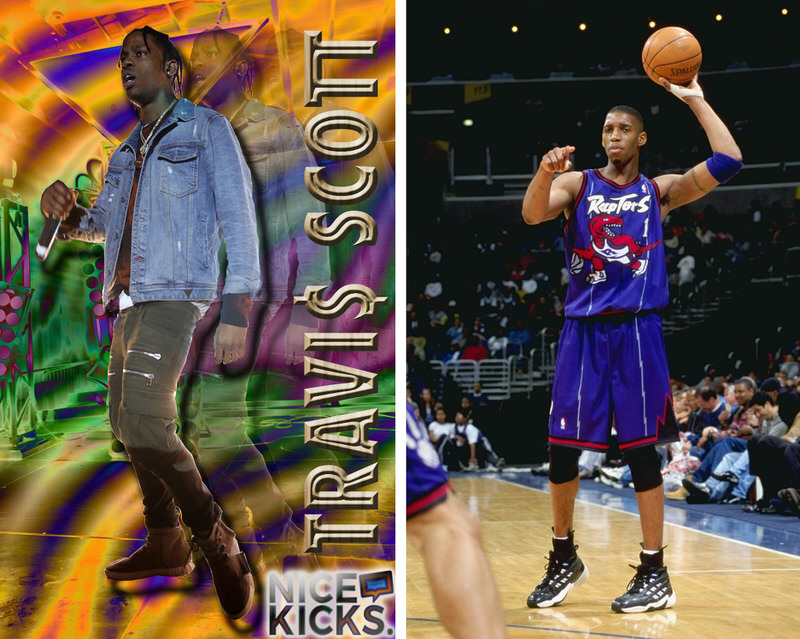 Old heads may hate on both their games, but there’s no question who the youth is watching. Like T-Mac at the turn of the century, Travi$ Scott is scoring in bunches and kids are loving it. Both stars possess the energy and attitude associated with their eras and have become fan favorites because of it. Stylistically, Tracy’s effortless onslaught of dribbles to drop a 20-footer is similar to La Flame’s ability to stay dipped in grail worthy gear — the only difference is Travi$ has made it cool to break a sweat while doing so. Both are performers and both have the kids going nuts while the adults scratch their heads. 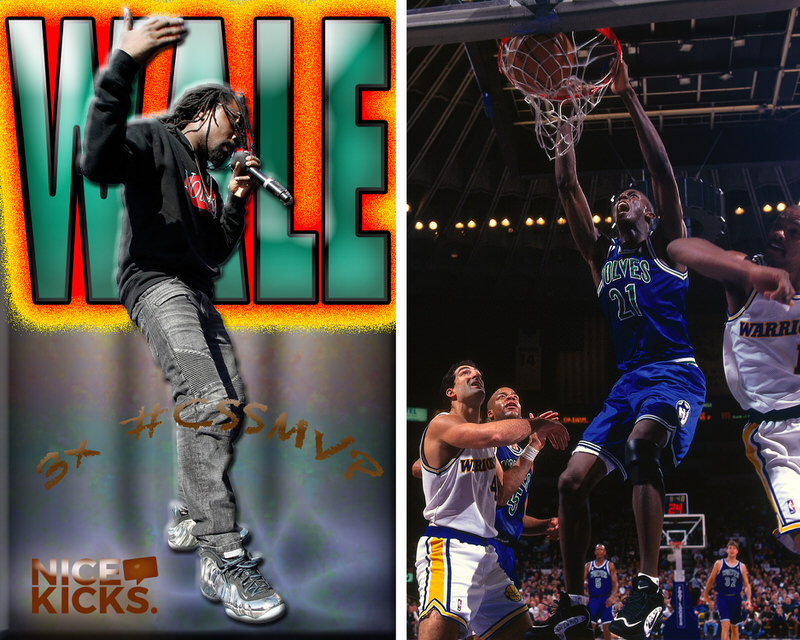 KG was the hybrid forward before it was a thing, and Wale was wearing Supreme and The Hundreds when most rappers were dressed in tall tees. Their emotional nature makes you love them or hate them, but their skill sets on full-strength prove enough to silence all. Just like Da Kid swapped brands throughout his career, Wale has proved the ability to add energy to Foams, Dunks and ASICS alike all because he’s wearing them. These guys know game because they have it and fans follow them because of it. 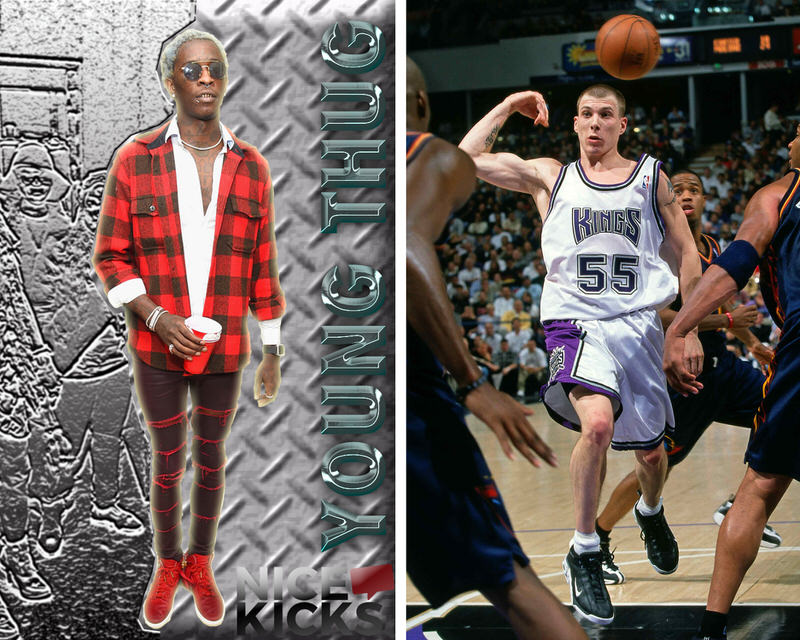 Repetition may be the recipe for excellence, but unpredictability sure is a lot more fun to watch. Just like you never knew what Jason Williams was gonna do on the court, you never know what to expect from Young Thug in the booth or via outift. Like 5-5, Thugger’s game can be hit or miss, but both their highlight reels prove more exciting than even the GOATs. Young Thug may never be the face of a sneaker just like J-Will bounced around, but those that go for the gusto will mimic the YSL generals moves just like playground prodigies still emulate Whit Eboy. 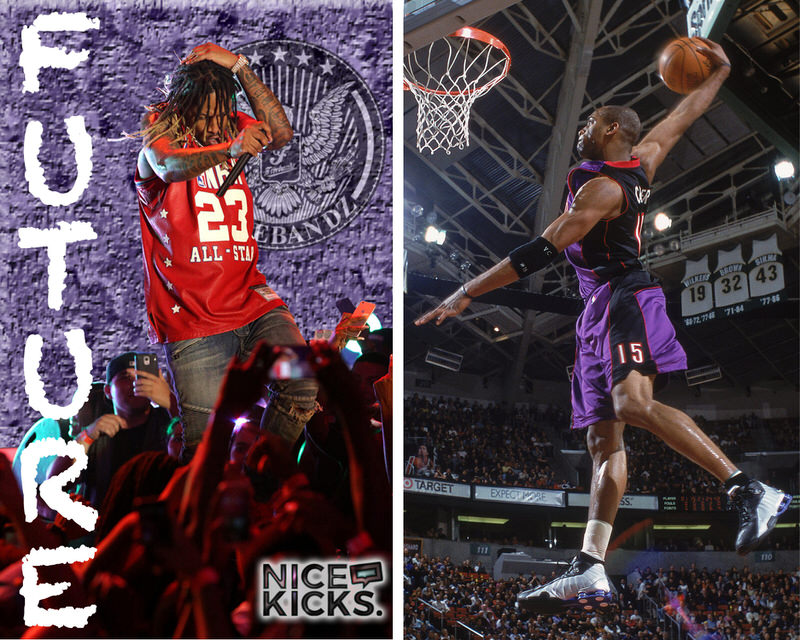 Future is more than just mixtapes just like Vinsanity proved more to be much more than just dunks. The talented songwriter and the Carolina wing have a lot in common, both gaining pop fanfare off their high flying highlights but both proving to be consistent scorers and not just flashes in the pan. Like VC, Future’s upward wave has seen him cash in from a variety of sneaker brands, doing shows, commercial spots and more for a handful of heavy hitters in 2015. When it comes to style points and degree of difficulty, these guys are both in a league of their own. 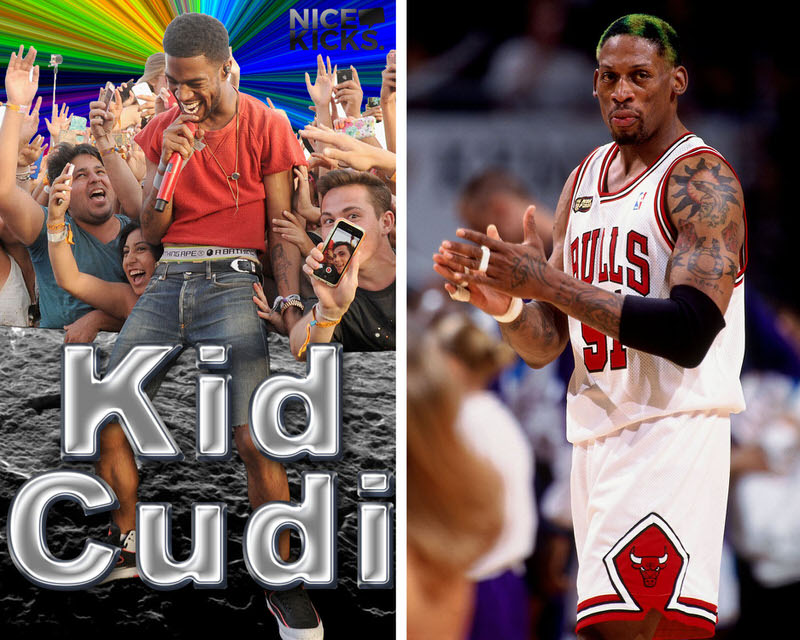 No rules, just right, Kid Cudi subscribes to the same style philosophy as Outback Steakhouse and in turn Dennis Rodman. Known to rock “Laser” 4s with a kilt, dye his hair in every shade of the rainbow and even perform in a crop top, Scott Mescudi is a true rockstar and fashion trailblazer in an era where everybody is trying to be seen as just that but very few are really living it. Like The Worm, Cudder is a wild and emotional performer that’s made him a fan favorite. When it comes to both music and style, he’s your favorite artist’s favorite artist as he wears his heart and his tastes for everyone to see. 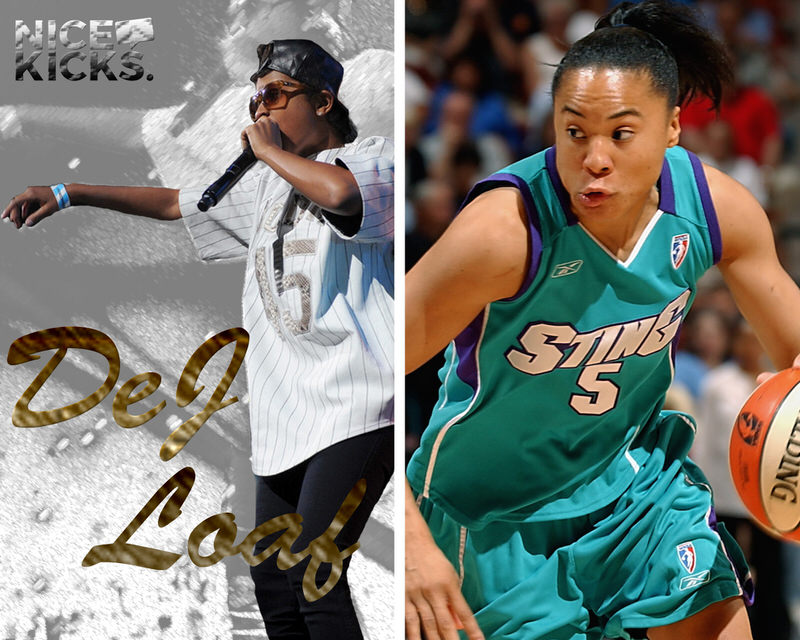 Like Dawn Staley, not only does DeJ Loaf have the skills the boys wish they had, she has the swag, too. The Detroit product and the former WNBA star both have crossover appeal that has everyone watching and the props to match. There’s something about DeJ just like their was some about Dawn — two girls with game and gear that can compete with all. 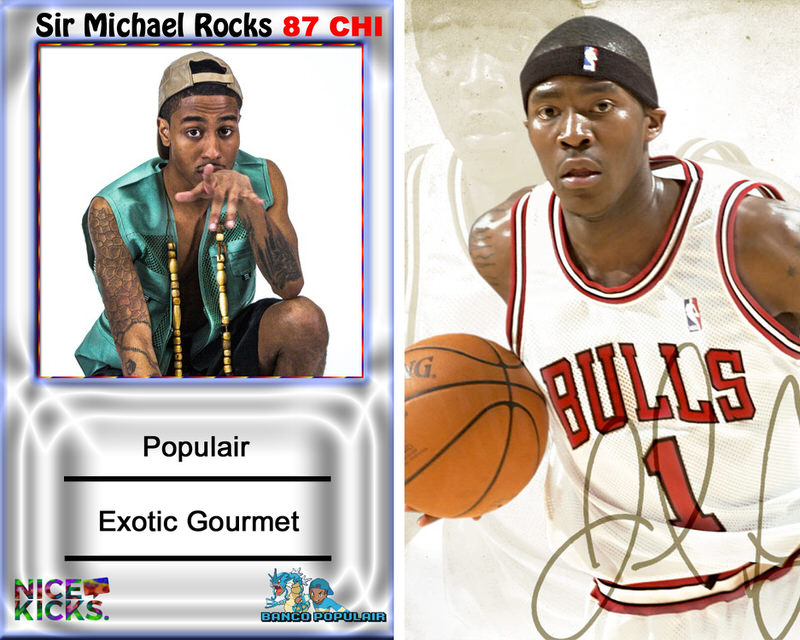 Just like Jamal Crawford made headbands cool at Michigan, Sir Michael Rocks and Chuck Inglish brought back snapbacks as The Cool Kids. While both Crawford and Rocks carry a panache for throwback style, both are true innovators in their respective games even though neither ever get totally due credit. Mikey has been sporting kimonos and 2000’s wave imagery before either were mainstream just like Jamal makes up moves on the go that still can’t be copied by his peers. Weaving left while everyone is still trying to figure out their steps right, we see you both. 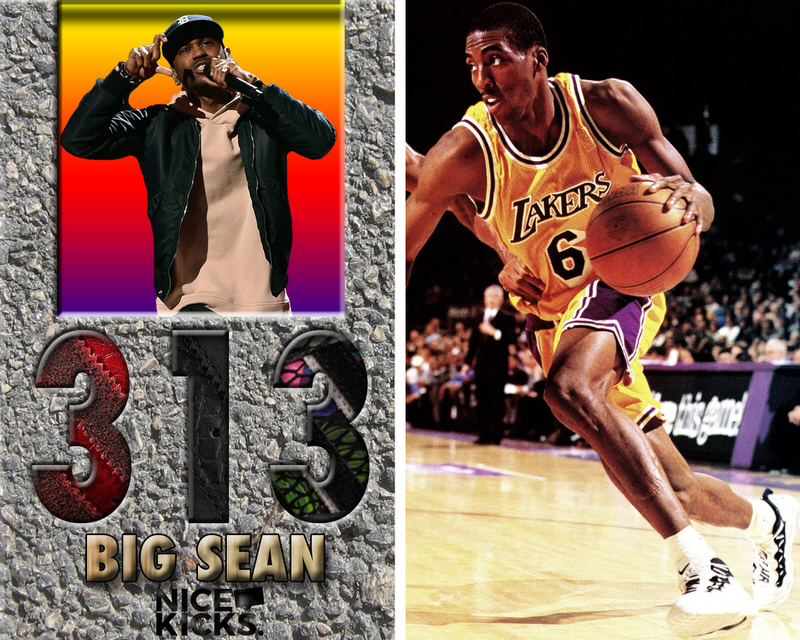 Big Sean is smooth and humble, a lot like Eddie Jones. When it comes to skills, Sean is putting out projects and verses that are at the top of the game just like #6 was an All-Star year in and year out in the late ’90s. An early member of Team adidas just like Eddie led the charge for Jordan Brand, Sean has a decorated assortment of his own drops while still juicing heritage favorites and new product alike. Capitalizing on consistency but never short on highlights, both these guys get the job done. 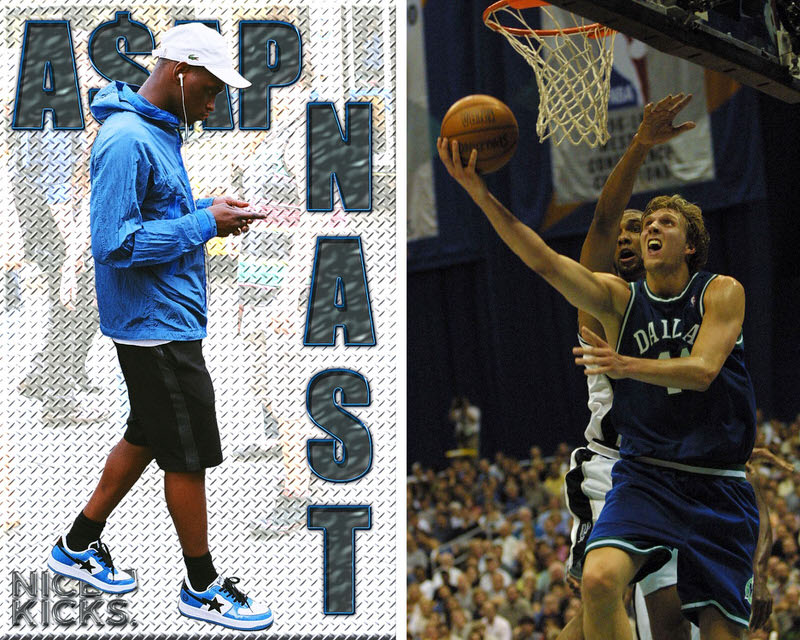 Unconventional and underrated, A$AP Nast is a bit of a diamond in the rough early in his career just like Dirk was. Will the Mob member reach MVP heights as his game develops? It’s hard to tell now, but style wise he’s already playing on an All-Star level. Similar to the German juggernaut, Nast’s style is international, making it awkward to some but unguardable as well. 2016 is sure to be a big year for the A$AP collective, hopefully it’s the start of Nast getting his due props.