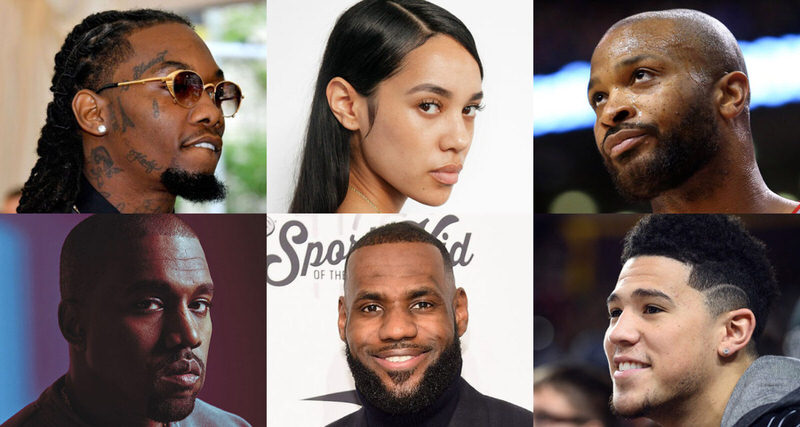 From Kung-Fu Kenny to Kanye West, the stars are out in this week’s Celebrity Sneaker Stalker.

While hip-hop’s upper echelon is on full display in unreleased kicks, the tunnel outfits are already coming strong as Shai, PJ and LeBron prove to be in midseason form.

So, who takes the title this week? You tell us in the voting poll.

+ We spy boxes that appear to hold Countdown Packs, OG Air Jordan 18s and much more…

+ LeBron calls his own number not once but twice this week

+ Which pair would you prefer to have?

+ If Michael Jordan wrote your paychecks your swag would be on a hundo, too

+ Is this the year Bacon breaks out on court and in the tunnel?

+ Peep Rick Rubin on the shirt, too

+Is Shai the best dressed player in the league?

+ See how to dress like each era of Kanye here

+ Gel Lyte IIIs with crew socks? Might be a first but he makes it work

+ Devin Booker plays the two but he stays in 4s

+ When it comes to style and sneakers, few people are seeing Aleali May

+ From looks right off the runway to vault sneakers, she mixes and matches better than all