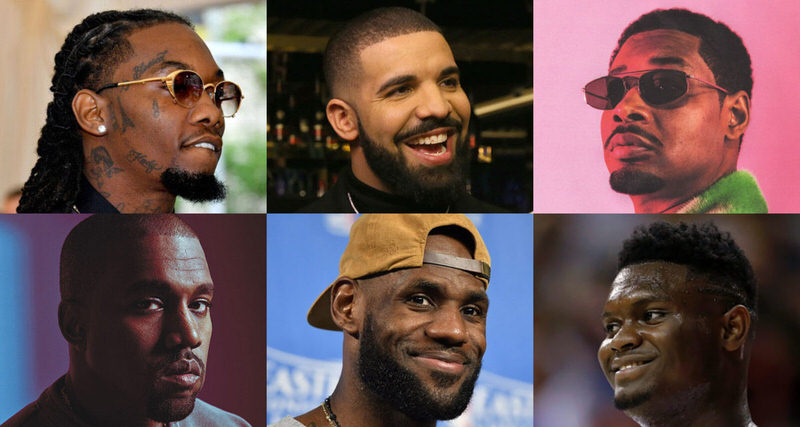 From hoopers heading into the season to rappers that run things year round, see who wore what in the pics below.

+ No shortage of swag or fabrics, Lil Uzi does what he wants in what might be the retro of the year

+ What are the odds Travis has an Air Jordan 34 collab too?

+ From power to empower, LeBron gets it done

+ Will you cop this AF1 collab?

+ While Kim stole the show in pic 1 with the “Magnets,” Kanye rocked the Yeezy Clogs in photo 2 with a “Can’t Tell Me Nothing” era outfit

+ Finding himself with ‘first’ honors, Drake debuted the Supreme 95 Lux on stage

+ Get the history behind this collab here

+ Is there anyone fresher than Aleali May?

+ Throwback Fab rocks the future “Fearless” AJ1 before anyone else has

+ The other Banned 1s, Danny Brown might have the wear of the year and we’re here for the smoke

+ No cast, no boot, the Brooklyn Net/birthday boy rocks two of the hottest Air Jordan 1s of 2019

+ KD may not be on JB, but we’re here for him getting his own AJ1 PE

+ Is this the year Offset takes CSS MVP?