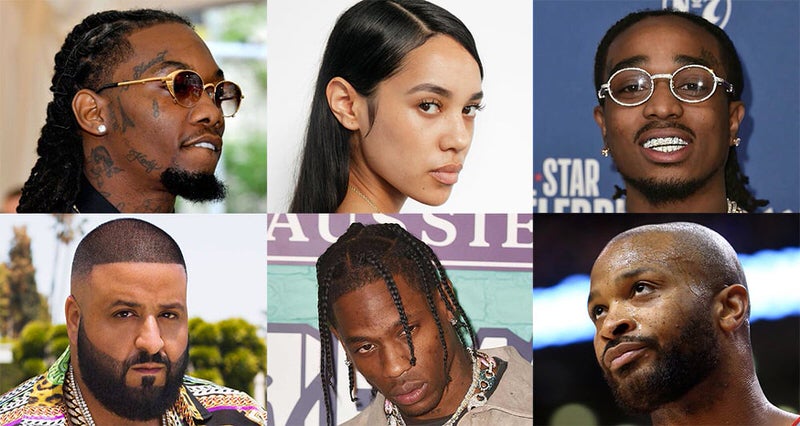 It’s Saturday – word to Ludacris – and ooh, ooh do we have a GREAT installment of Celebrity Sneaker Stalker for you.

Jordans from Georgetown, 1985 and Marshall Mathers all appear while Yeezys that Kanye doesn’t even have also steal the show.

Who is this week’s winner? You tell us in the voting poll.

+ Even on the sideline Sue Bird is a rockstar

+ Peep the watch too, word to OBJ

+ Fashion Week is every week for Victor Cruz

+ Still styling in the Swoosh, Vic broke out both of this week’s biggest collabs

+ Tennis visor and SB Dunks, Kyrie is a renaissance man

+ What type of SB-inspired Kyrie 6s do you think we’ll see?

+ Quavo Huncho with the diversity and the depth

+ No one digs in the Jordan crates better than Aleali May

+ Flipping three pairs of rarely seen retros, May is in a class of her own

+ UNC 3s, vintage SBs, MAGs on the red carpet…who’s topping all that?