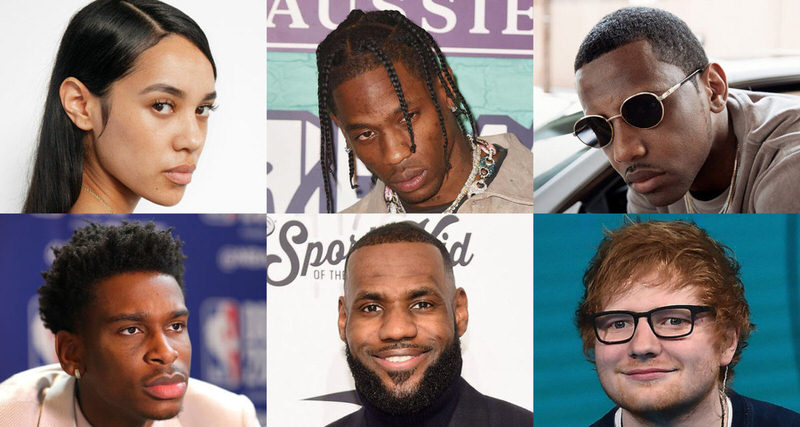 Coming in hot, our top 15 this week is full of flavor from grail status Dunk collabs to modern favorites on the mound and in the ring.

So, who’s taking the cake this week? You tell us in the voting poll and on social.

+ From Philly to Akron, Meek Mill supports LeBron in one of his first retros

+ The Rocafella chain is also a major move

+ Skateboard P and a fan

+ Get a better look at Pharrell’s new kicks here

+ Legend of the Summer or Legend on the Links?

+ JT continues to show he’s in good graces with JB

+ Donald Glover with the clean fit

+ How are there no Lion King collabs this summer?

+ Teddy and La Flame put it down in Travis’ latest collab

+ Speaking of collabs, what are the odds Ed did Drake’s verse on “SICKO MODE”?

+ Will Coby rock retros on court this season?

+ Skate or designer, Oubre gets it done

+ Fabolous is doing a dope job of juxtaposing this week

+ First the construction safety vest with the Pradas, next the Iceberg with the Off-Whites. Niiiiice

+ Peep the Evisu jeans, too

+ Lucky for Mickey, Adidas had already sent him a pair

+ In the first two pics, Shai shows he’s had the Off-White plug for a minute

+ In the last pic, he shows he’s redefining the definition of ‘cut-offs’