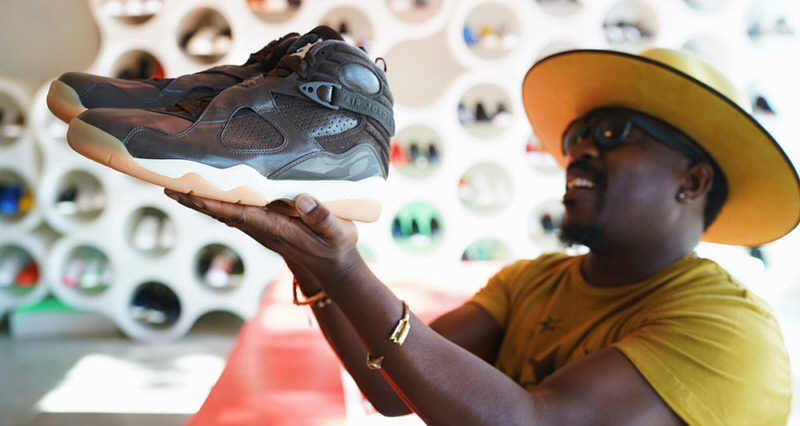 For a roster that also hosts the likes of Drake, Chris Paul, and oh yeah, Michael Jordan, how is AH the man with the most heat? We caught up with Anthony at the Nice Kicks Shop in Austin, TX to hear exactly that and the story doesn’t disappoint.

Anthony Hamilton: I’m Brand Jordan affiliated and endorsed. I’ve been going to Michael’s golf tournaments, it used to be in the Bahamas, but last summer he took a lot of us down to Mexico for pretty much like a vacation and a school to teach us about how Brand Jordan was created and how certain styles originated. So we all went down. It was me, a lot of the athletes like Carmelo Anthony, Kawhi Leonard, Brigetta Barrett who’s a track star, and we were all on teams together. We had to design products for a category and we were given lifestyle. We were given the 1s and we had to redesign it and make it better. Not only did we design a shoe, we designed a t-shirt, a hat and a box that it all came in.

We called it the “Bloodline” and it started out with a black toe and went into a grey and black gradient and it had red stitching. We won the contest and the prize was getting all the Jordans custom made. You could only pick two colors, so if you picked black and white they’d all be black and white. So I was like, you know what, I want to do something different, I thought about gold but it might be too shiny. Let’s just go with chocolate and bubble gum bottoms. One of the guys told me they’d never made anything like that. I was a little nervous, but I ended up winning that contest and 30 brown shoes later… [Laughs] 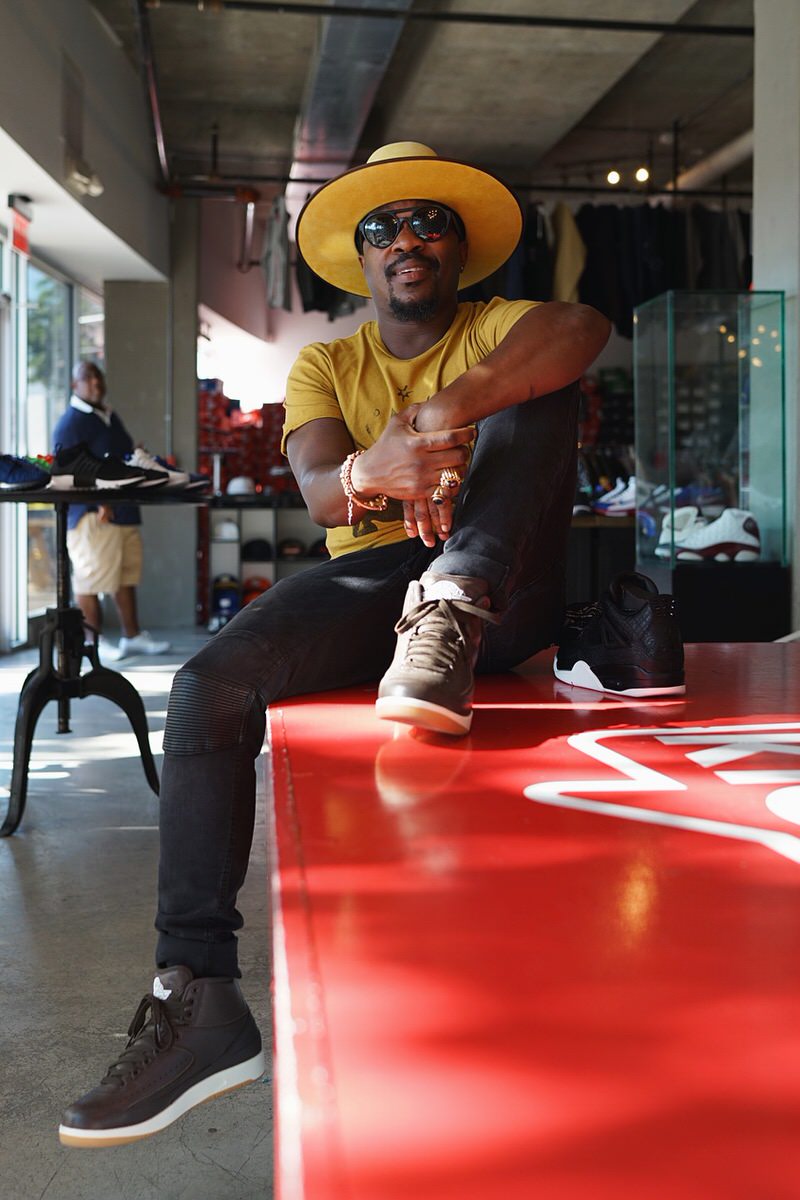 There were about five or six of us on our team. We had Kawhi Leonard, Carmelo Anthony, Brigetta Barret, one of his DJs, and another lady who was really nice. I saw some shoes Kawhi got that were all gold, so I’m not sure if he picked those, but Brigetta picked pink and silver.

We beat out Ray Allen, we smoked them. Blake Griffin, smoked his team. Chris Paul and all those guys, we beat them all. Everything with Michael Jordan is a competition. Straight, high-intensity competition. We even played Family Feud and Jordan was on our team. I got a couple of pops in the head from him, “C’mon, Anthony!” Because he wanted to win so bad. We ended up winning. Him and Carmelo are pretty good friends when it comes to teaming up, but I popped Jordan back.

At the camp we compete. We have a couple of grown man drinks, a few cigars, a few stories, a lot of good Jordan stories. A lot of the ball guys get together and talk about stats and battles. If somebody had an off game it’s definitely up for grabs. It’s fun, but it’s motivating because you can tell there’s a lot of respect and love for the players and the legacy. We don’t play ball, it’s more of a golf thing. Everybody gets away from their normal job. 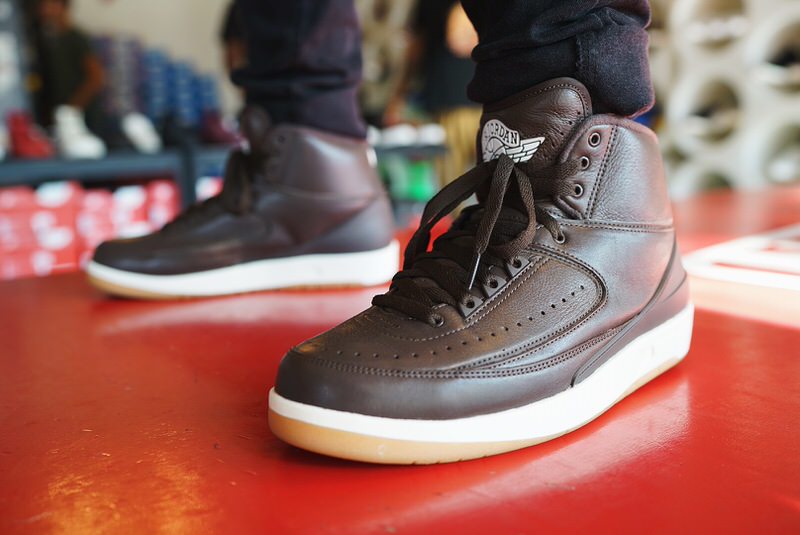 The trip was about a year ago down in Mexico. It was so successful I think it’ll be an annual thing. He learned a lot from us, pretty much the consumer and the younger generation. He learned the things we liked and the things we thought were missing from the shoe. I haven’t seen anything that we’ve created come out just yet. I’m pretty sure there’d be some conversations and legalities that would go into it. Who knows. I know he was very impressed with what we came up with.

I keep in touch with a lot of Jordan Brand members. Dre Bly, C.C. Sabathia, I see Spike Lee a lot, Samuel L. Jackson, Chris Paul and Mike Phillips who’s another entertainer. When I first got introduced to the Jordan family it was through a guy named Reggie. Mike’s birthday party was coming up at the All-Star Weekend in Houston and I ended up performing at it. We hit it off pretty good, he liked us. He was already a big fan, but meeting me in person he knew he liked me. When it was time to perform even more it didn’t matter.