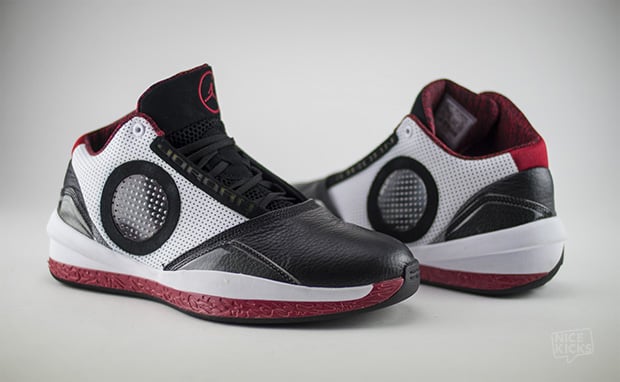 The Air Jordan 2010 is the second signature shoe from Jordan Brand after the XX3 model. The celebration of the Air Jordan 2010 and our 25th anniversary are the pinnacle of a year full of milestones for me,? said Michael Jordan. ?With each shoe, consumers have pushed me to take the next Air Jordan beyond their wildest imagination. The Air Jordan 2010 marks the future of Jordan Brand and proves there are no limits to what this Brand is capable of creating.?The Air Jordan 2010 was suppose to represent how Jordan saw through opposing players in the performance shoe. The window in the shoe is made up of a unique transparent thermoplastic urethane (TPU). It was also featured on Dwyane Wade’s feet in his first NBA season with Jordan Brand.