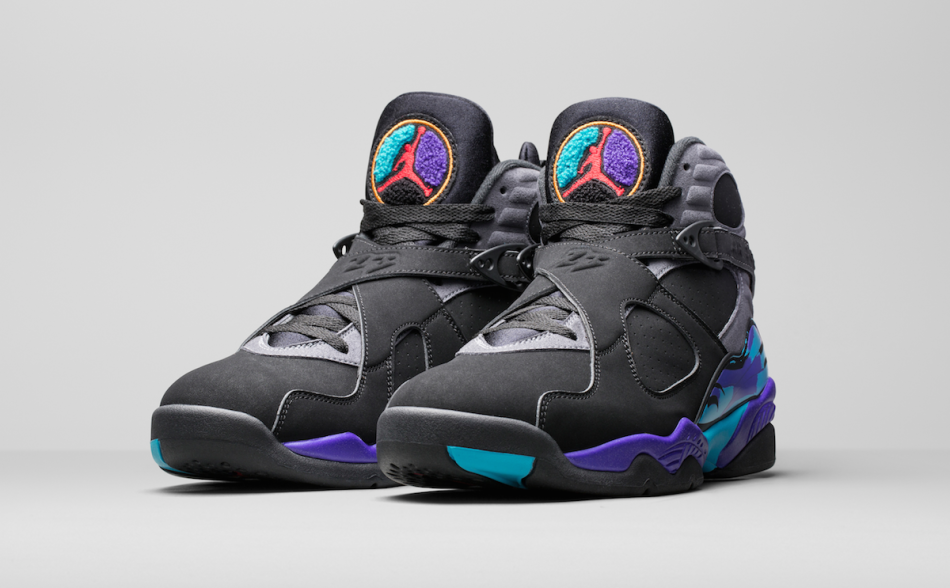 As the latest Air Jordan silhouette is set to release this Black Friday, plenty of sneakerheads are clamoring at the opportunity to make the “Aqua” Air Jordan 8 a part of their respective collection. With its history dating back to the early 1990s, this model has become a staple of sneaker culture as it only seems right to feature this within the latest installment of Throwback Thursday.

To see more, flip through the pages below to enjoy the latest #TBT featuring the aforementioned Air Jordan 8 “Aqua”.

Journey to a Three-Peat

By the 1992-93 season, Michael Jordan was the unquestioned “Alpha Dog” within the NBA and in some circles being considered to be the greatest player of all time. With his Bulls looking to capture their third consecutive NBA title, Michael Jordan would amass totals of 32.6 points per game along with 5.5 assists per outing and 6.7 rebounds.

MJ would accomplish all of this while rocking his latest signature silhouette, the Air Jordan 8. Utilizing the help of his noted designer Tinker Hatfield, the Air Jordan 8 would ultimately be the final silhouette of Michael’s first tenure with the Bulls.