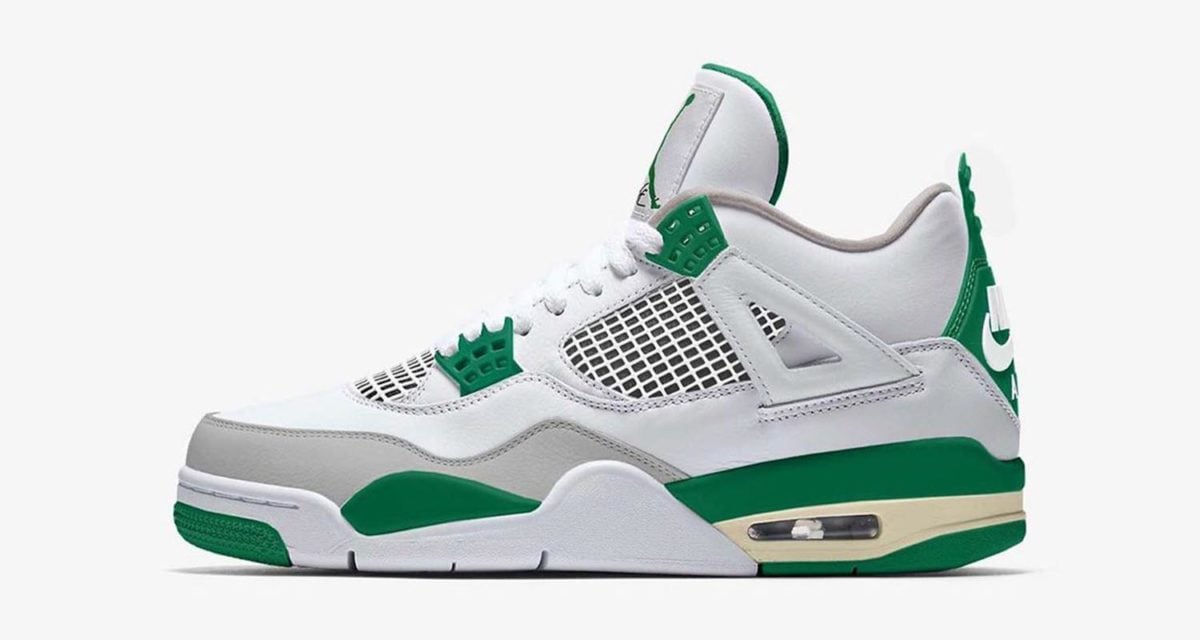 One of Jordan Brand’s signature colorways, Pine Green has slowly become a fan favorite. Earlier this year, they dropped the second iteration of their Air Jordan 1 “Pine Green”. Following up on that release, the Air Jordan 4 SP “Pine Green” has been teased as part of the Summer 2020 lineup.

This sneaker is expected to release in a mix of summit white, pine green, neutral grey, and muslin. However, mockups have not yet pinpointed an accurate depiction of this sneaker. As it reaches the summer seasons, expect Jordan Brand to begin teasing early images.

The Air Jordan 4 SP “Pine Green” will release on August 5th through select Nike retailers. With a “SP” tag, indicating a special edition release, it will release at an increased price point of $225. Let us know what you think of this new colorway in the comments below!