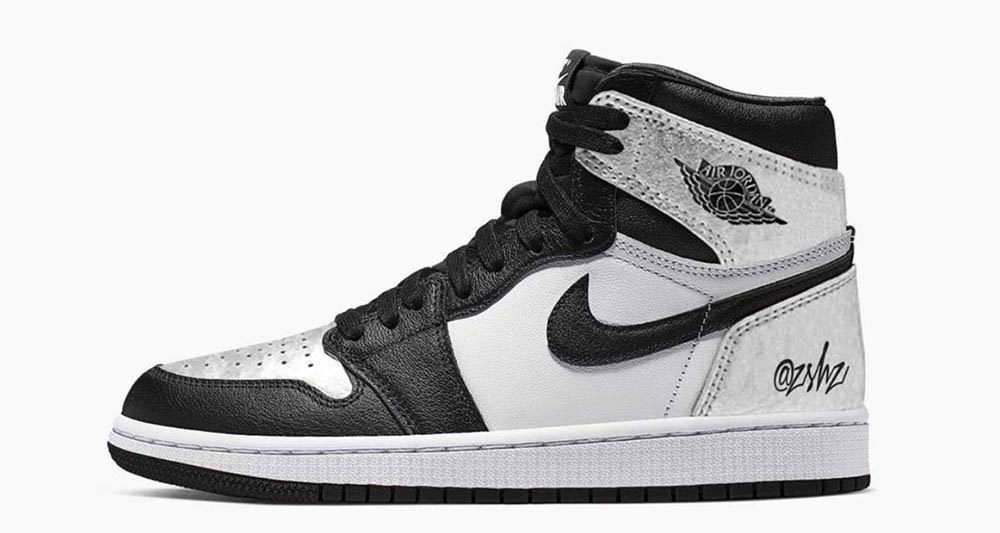 The Air Jordan 1 High OG is a living icon. His Airness wore the pair and cemented the model in sport and sneaker history. Since its inception in 1985, the Air Jordan 1 has always been relevant. Although some years more than others, there’s no denying that we’ve entered the golden age of the Air Jordan 1 for a few years now.

One of the most notable returns is that of the Air Jordan 1 High OG “Shadow” iteration. Although Jordan never dominated the court in a pair, its 1985 release elicited a retro of the shoe in high demand.

Aleali May worked her magic on a collaborative pair that recreated the colorway with a combination of corduroy and satin for a premium look back in 2017.

In 2018, the Air Jordan 1 High OG Retro “Shadow” emerged and started a frenzy for the AJ1, and its roots, all over again.

The black and grey pair inspires the upcoming Air Jordan 1 High OG WMNS “Silver Toe” stays relatively true to its origins up until a white panel provides a refreshing look to the classic. A black Swoosh rests on top for a bold look as well.