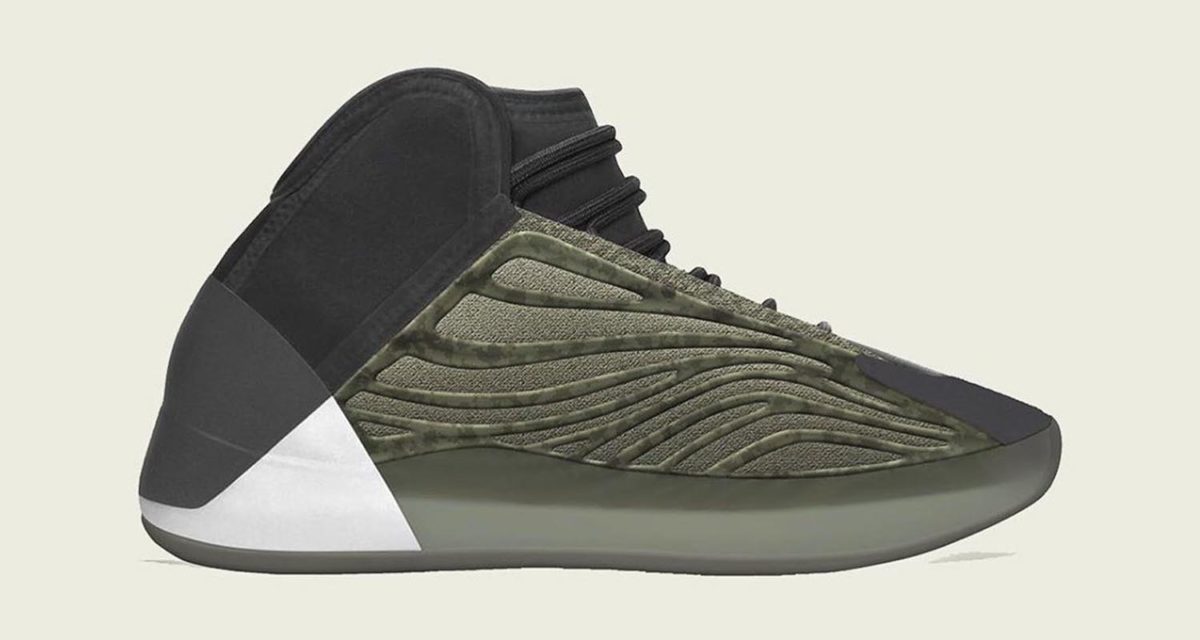 After speculation and rumors, the adidas YZY QNTM made its appearance during All-Star Weekend as members of adidas Hoops rocked the pair including Chicago Bulls forward Zach LaVine.

Although the basketball performance shoe was slated to make some type of appearance either this season or next, it appears that the recently suspension of the NBA will more than likely cause the silhouette to release to the masses sooner rather than later. The adidas YZY QNTM “Barium” is the forthcoming colorway of the pair as a primarily olive upper takes the stage paired with a simple black and white combo.

No official release date on these yet, but keep it locked here at Nice Kicks for more. In other Yeezy-related news, peep every pair dropping this year here.